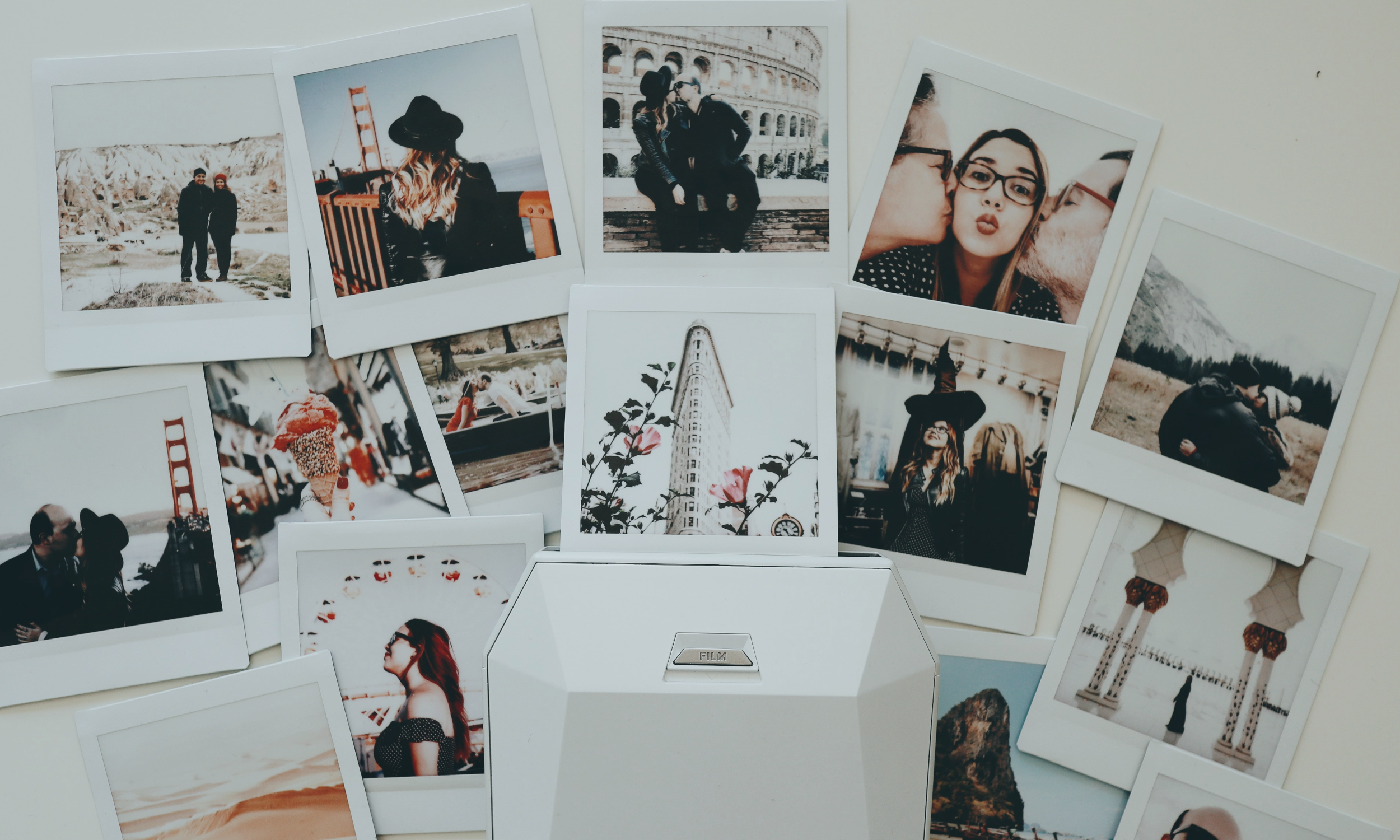 In the Evolution of Social Media Part 2, we talked about innovations in social media technology, along with the battles among platforms. In part 3, we’re addressing how human evolution has impacted social media use. Specifically, tribalism… and the other way around, how social media is shaping the tribalism of the modern world.

Humans are Tribal in Nature

Saul Levine M.D., writes in Psychology Today, “We humans are a social species, tribal by nature. We’re given to gathering and communing in familiar groups. ‘Belonging,’ our capacity and need for empathy, compassion and communication, is in our DNA.”

Dr. Levine writes about the “dark side” we also have, consisting of tribal animosities. (You don’t need us to tell you that social media amplifies that too.)

What Do Your Social Media Habits Reveal?

Social media users often make posts revealing their values, interestings, and views. But what can we learn about users based purely on the platforms they frequent, without even looking at the content they post and engage with? Are instagrammers more lifestyle oriented, are twitchers cool nerds, and are TikTokers free minded cultural challengers? 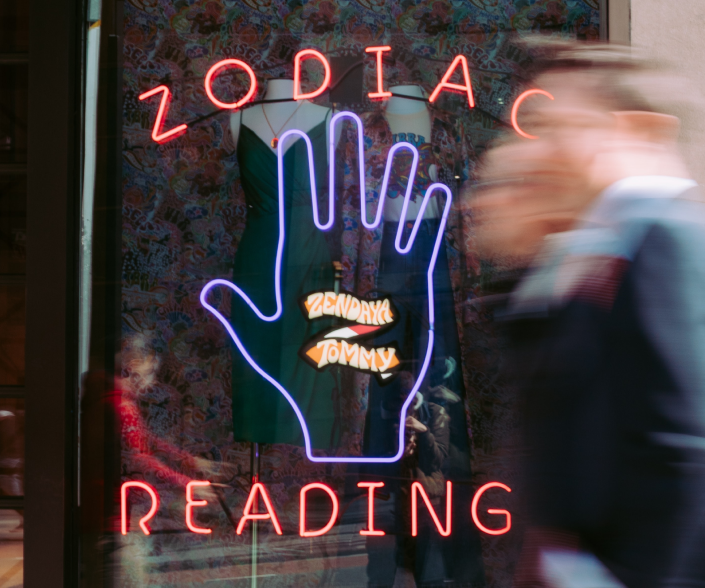 Forget the horoscopes or traditional personality tests. Tell us what platforms you’re on and we can identify some of your key traits. This is particularly useful for brands who want to reach and activate their user communities. Most platforms offer detailed demographics and interest filters that enable brands to effectively reach their target audiences in order to optimize spend. But by thinking beyond demographics and thinking ‘culture’, ‘mindset’ and ‘community’, a whole new world of consumer targeting opens up.

With the proliferation of platforms, there’s something -and somewhere- for everyone. Influencer Marketing Hub published a list of 103+ social media sites you need to know in 2021. As the sheer quantity of platforms continues to rise, social media audiences become increasingly segmented. This segmentation is increasingly based on mindset or social behaviors, making social media ‘tribes’ less about age and more about beliefs, lifestyle, values, and interests. Yes, mindset over demographics.

For example, Untappd gives beer drinkers a platform where they can rate beer, share pictures of beer, and review tap lists from venues nearby, and ReverbNation, which is dedicated to musicians and helps them build careers. So what if you run a brewery or supply musical gear? What better place to reach your community?

To drive additional value from content creators, some brands have launched “content houses,” in which influencers are given a luxury residence for a set period of time so they can use a product and create content.

Gen Z fashion brand Finesse creased a house in LA from April to July, and esports team FaZe Clan was formed back in 2010. “Content house marketing can boost reach and also the relatability of branded content, says Tim Armoo, founder of Gen Z talent agency Fanbytes and the Byte House, the UK’s biggest TikTok house with up to 90 million views a week across its six creators.” 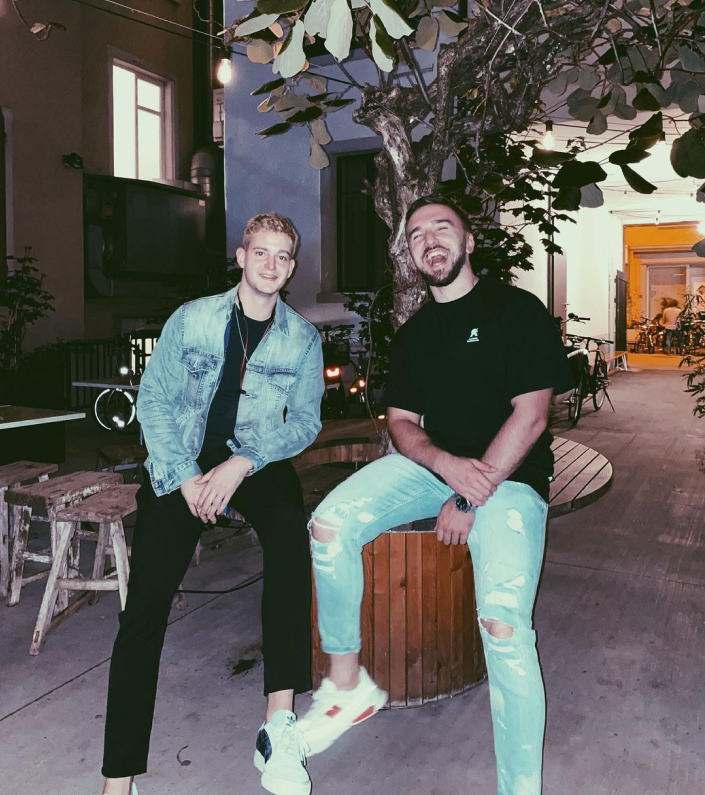 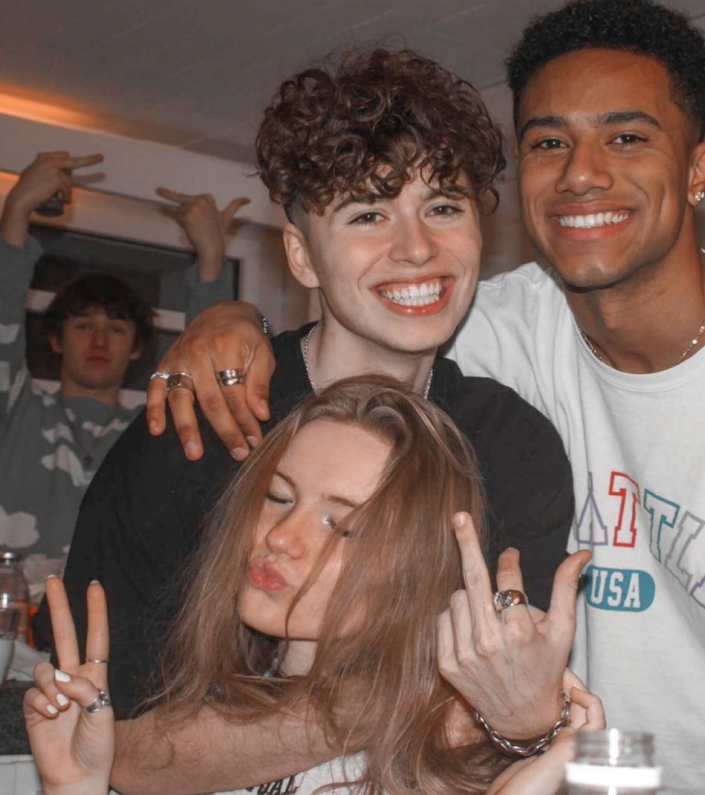 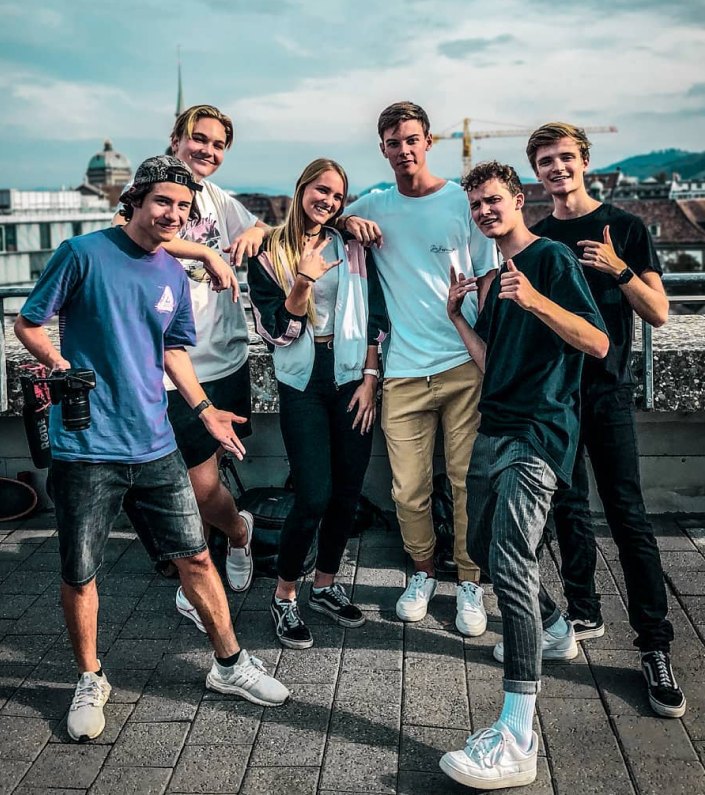 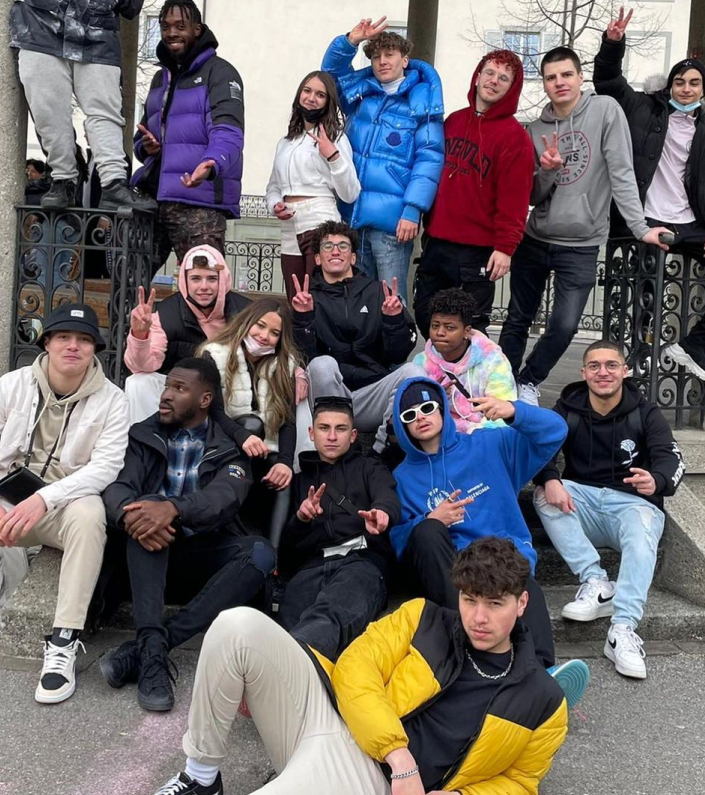 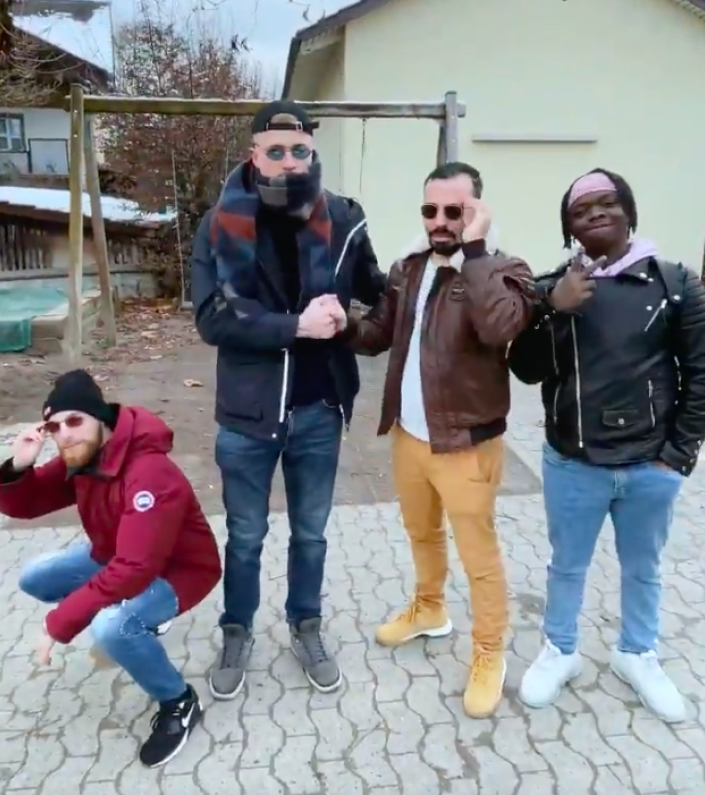 Battle of the Generations?

There are numerous memes mocking millennials and of course, the famous, “OK Boomer.” This is one of our favorite mockeries of the trend. Gen X seems to be forgotten in the middle, something we’re generally just fine with. Then there are claims that, “Generations are fake and it’s time for the industry to change this way of thinking,” as written in Talking Influence.

Still, there are some trends we can observe according to age. For example, App Annie’s State of Mobile 2021 report includes, “In the US and UK, Gen Z had the highest affinity for Snapchat and Twitch, respectively.”

Generation T (for TikTok, Of Course)

But there is one platform that is challenging this more and more. When it comes to TikTok, “Generation T is age-agnostic.… on TikTok, mindset trumps generations.” Talking Influence defines Gen T as valuing community building and having a thirst for knowledge along with an interest in connecting to subcultures. Although the TikTok audience is overwhelmingly made up of younger people, with 65% of users in Switzerland being between the ages of 13 and 24, other generations are also becoming more active on the platform. TikTok is investing actively to become seen as an age-agnostic platform for everyone. One is example is the growing mother community on TikTok with content focusing on cooking, household tips, children, or even leisure tips and much more.

With TikTok in the lead, they’re undeniably setting trends. According to App Annie’s State of Mobile 2021 report, “TikTok’s average monthly time spent per user grew faster than nearly every other app analyzed, including 70% in the US and 80% in the UK – surpassing Facebook. TikTok is on track to hit 1.2 billion active users in 2021.”

The Social Media Clans in a Nutshell

The narcissism prevalent on platforms like Insta has given rise to a new platform, Poparazzi, which strives to be the antithesis of the selfie-obsession, maintaining the positive attributes of social media while eliminating the negatives. “Poparazzi is an app where you can’t post photos of yourself. Instead, you have to tag a friend. Selfies are persona non grata… While you can react to Pops with a range of emojis, the app takes a firm stance against the popularity competition. Profiles don’t show how many followers someone has.” Additionally, you can’t edit your pics.

TikTokers want to entertain and display their creativity. Many of the top TikTokers post dance videos… but no popular accounts post technical critiques of those dance videos. The focus is enjoyment and entertainment, not technical proficiency.

While the population of people who “use” YouTube in terms of watching video encompasses practically everyone who has internet access, there are some similarities among YouTubers who actively create content. Many are educational, with tutorials on everything from improving your skills cornering on a mountain bike, to makeup, to building a guinea pig cage. If you can dream it, you can find a video tutorial for building it. One member of our team has uploaded choreography ideas for teaching step aerobics and cardio kickboxing.

For many users, Facebook retains a greater connection with the “IRL” world. Many users view and share local events, photos with friends and family, and discussions in community groups. Two-thirds of Facebook users visit a local business page weekly.

On Twitter, only the bravest speak. Kayvon Beykpour, the head of consumer product at Twitter, stated, “A lot of people are terrified to tweet. A lot of people don’t use Twitter for the creation side at all. They’re here to consume.” Data from Pew Research backs this up. “Adult Twitter users are younger and more likely to be Democrats than the general public in the US for example. Most users rarely tweet, but the most prolific 10% create 80% of tweets.”

Our Most Important Tribes are Online

Facebook recently worked with researchers from The Governance Lab at NYU to provide new insights into the importance of online communities. “Facebook groups are used by over 1.8 billion people every month, with more than half of all the people using Facebook now members of five or more groups. There are also 70 million people leading these groups as admins and moderators.”

Based in Switzerland, the Conscious Influence Hub (CIH) is a non-profit NGO that encourages conscious behavior in influencer marketing.

Working together, Kingfluencers and the new CIH recently launched a new Code of Conduct that includes best-practice guidelines and examples. Initiatives from CIH included a pro-LGBT campaign and collaboration with major Swiss brands such as Zeki to use influence for good.

Brands need to make choices about where they should be active based on where their audiences are. Investing in promotions and influencer marketing in the places your target audience frequents most will make your campaigns efficient, lowering costs.

When building social media campaigns, consider the various clans as you make the following choices:

PlacesWhere: When deciding what platforms to use, review the demographics of each platform to see where your target audience is most active. “The Evolution of Social Media – Part I,” includes stats on the average ages of different platform users. Also consider what most of the users are doing on that platform. While it’s possible to stream a workout video on Twitch, clearly users expect video games. Your chances of building a following increase if you provide the type of content audiences are actively seeking and consuming.

Approaches: After selecting platforms, continue to consider the typical mindsets of users on those platforms. Comedy works best on TikTok, while style and glamour are a great fit for Instagram. On LinkedIn, appeal to authority is popular. The top two influencers are Bill Gates and Richard Branson, and posters often share the commentary and insights of such business thought-leaders.

Formats: Consider what each clan prefers and post accordingly. On Instagram, inspirational quotes, food, landscapes, and human faces (or the back of human heads with an arm pulling the viewer forward), are all popular content. On TikTok, people enjoy dance videos, lip-syncing, and challenges.

Resources: Ideally, brands both create their own content and partner with influencers, and in all cases, creative ideas are needed. You can then commit resources to adapting those ideas to each of your chosen platforms. Take a theme such as a “share your best summer experiences,” contest and encourage submission of imagery on Insta and funny videos on TikTok. All the while, always stay true to your brand values, be authentic, and prioritize the human.

Goals: Always start with a strong foundation, which includes clearly defining your messaging and setting goals, such as:

Social influence marketing delivers reach and real impact on consumer decisions. Rather than being blinded by vanity metrics such as big numbers of views and followers, remember to consider the quality of the connections within your target audience. Remember that influencer marketing can enable you to succeed with secondary or tertiary goals, such as generating press coverage.