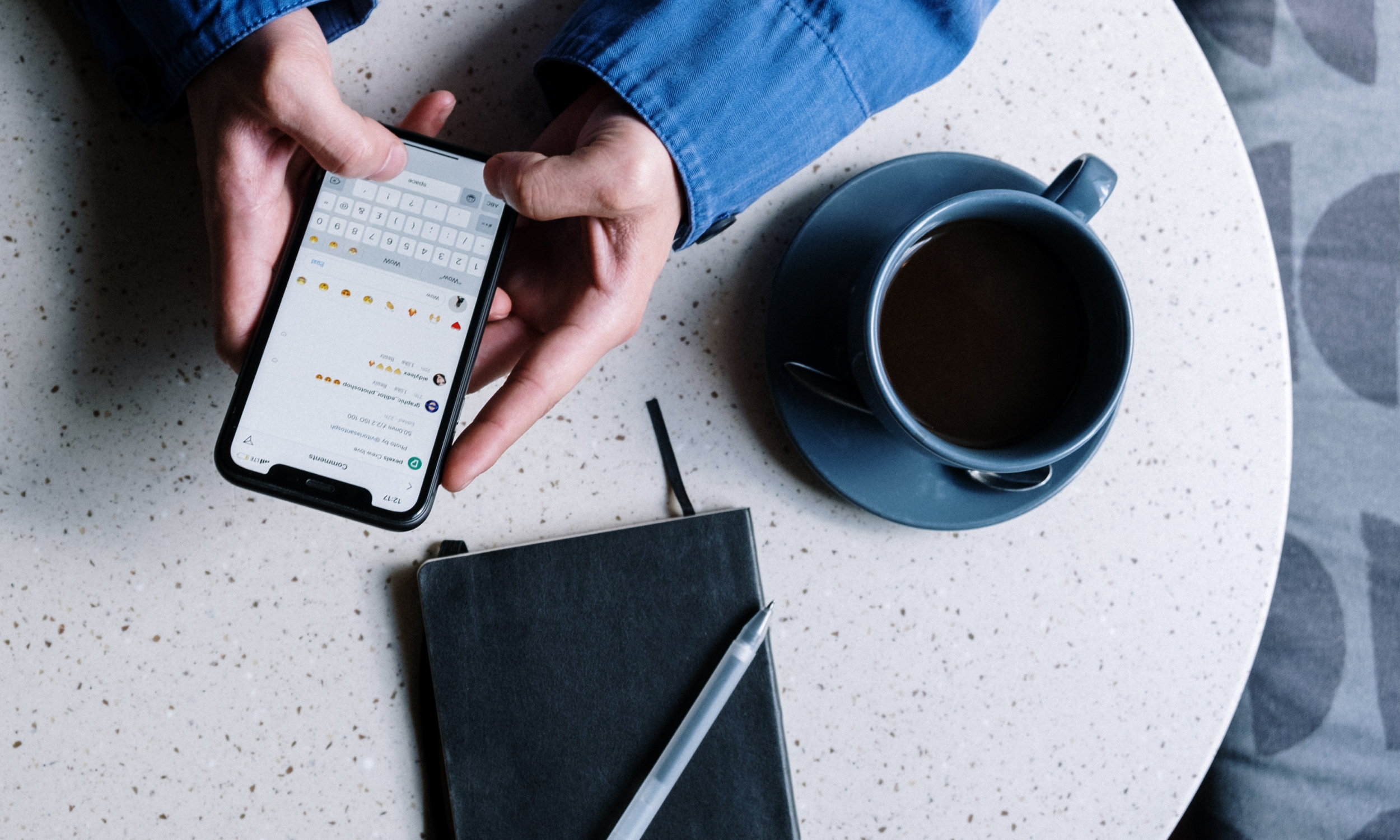 The term “social media” has been used as far back as 1997, which predates the release of the major platforms we think of today. In part 1 of this series, we’ll look at the established giants as well as emerging players. In parts 2 and 3, we’ll cover trends and what makes each platform best suited for different objectives. Follow Kingfluencers on IG and Linkedin to catch upcoming articles.

We’ll move chronologically with some key stats on the giants. The oldest of our established giants, LinkedIn officially launched on May 5, 2003. There were originally many technical professionals active on the platform, and savvy marketing people discovered we could hop on and easily find our targets for free. (We probably annoyed them back then; sorry about that.) But it made sense to emerge as a place for professionals in all industries to share their work experience, network, and find new work opportunities and new employees. 60.1% of LinkedIn users are 25-34 years old, followed by 18-24 year olds at 19.2%, and 35-54 at 17.5%, and, reflective of the workforce, only 3.3% are 55+.

Famous LinkedIn Posters: The top influencers of the year on LinkedIn, as ranked by engagement and more, start with Bill Gates, followed by Richard Branson, Mohamed El-Erian, James Altucher, and Bernard Marr.

The first version of Facebook was launched in 2004 and it currently has the following distinctions:

most downloaded app after TikTok

Facebook’s largest audience segment by age is 25-34 years old at 32.4% of Facebook users. The next largest group is aged 18-24, representing 23.5% of Facebook’s audience.

Famous Facebook Users: Funny, but unlike other platforms, ‘Facebookers’ hasn’t become a common term. As far as the most popular accounts, the Facebook platform itself comes in first, followed by Samsung, footballer Cristiano Ronaldo, Real Madrid CV, Coca-Cola, and FC Barcelona.

Three former PayPal employees created YouTube in February 2005. Google bought the site in November 2006 for US$1.65 B and it now operates as one of Google’s subsidiaries. YouTube has over 2B users, which amounts to almost one-third of the Internet.

Three former PayPal employees created YouTube in February 2005. Google bought the site in November 2006 for US$1.65 B and it now operates as one of Google’s subsidiaries. YouTube has over 2B users, which amounts to almost one-third of the Internet. 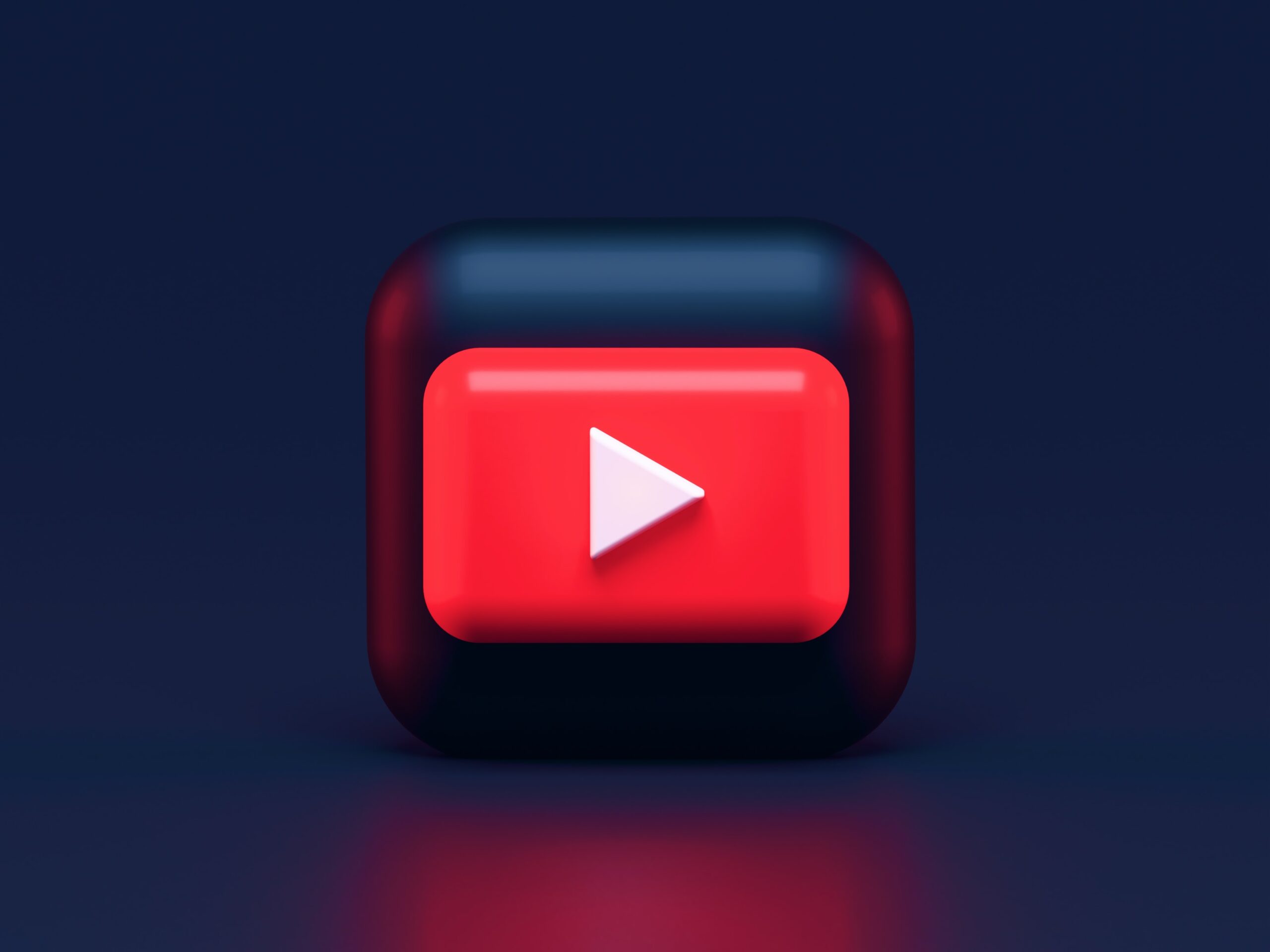 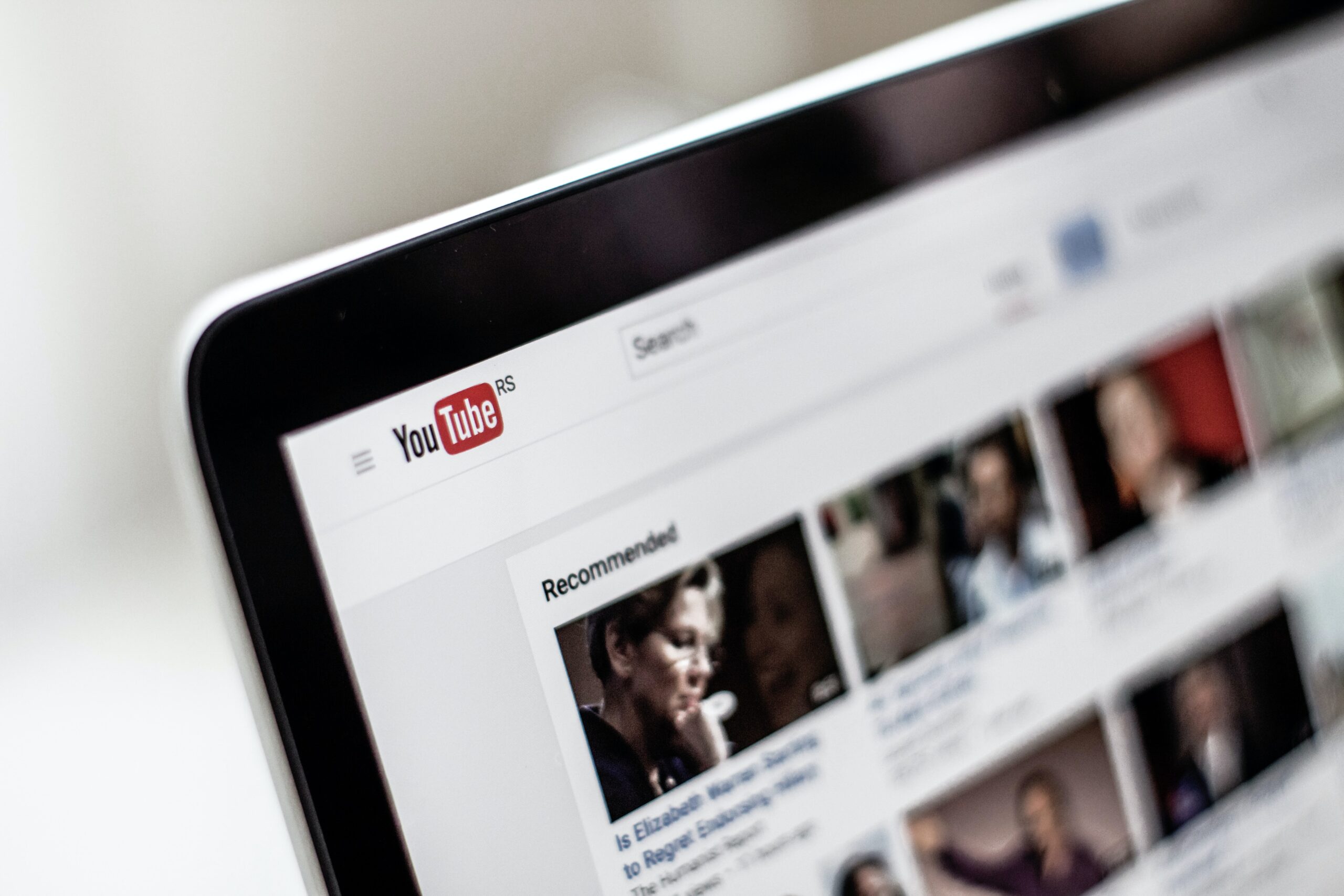 As evidence of their investment in creators, the number of channels earning six figures per year on YouTube grew more than 40% year over year. YouTube is the world’s second-most visited website, used by 77% of 15–35 year-olds, as well as 73% of Americans aged 36 to 45. Unlike with many other platforms, use does not drop off with age. YouTube is still used by 70% of those aged 46 to 55 and 67% of those 56 and older.

Cognizant of the huge impact of user-generated content, in 2006, the Time Magazine “Person of the Year” was ‘You’. “It’s a story about community and collaboration on a scale never seen before. It’s about the cosmic compendium of knowledge Wikipedia and the million-channel people’s network YouTube and the online metropolis MySpace.”

Famous Youtubers: In first place is PewDiePie, known for video game commentary videos as well as coverage of internet memes and viral videos. Next are Kids Diana Show, Like Nastya, and Vlad and Niki, all of which feature children playing with toys and going on adventures. In fifth place is Dude Perfect with videos of trick shots, famous athletes, and comedy.

Claiming the accolade of, “The Homepage of the Internet,” Reddit was founded in 2005. The ability to upvote both posts and comments within posts enables the best content to rise to the top. The approach is appealing and has been proposed for other scenarios. With over 52 million daily active users and 50 billion monthly views across 100K communities, it’s the 12th most popular site worldwide. Quirky humor abounds, such as the fact that the subreddit r/trees is all about marijuana while the subreddit r/marijuanaenthusiasts is “the go-to subreddit for all things dendrologic!”

Famous Redditors: Redditors notoriously don’t reveal their real names. Anonymity is an appealing feature of the platform. Celebrities occasionally participate in an “AMA,” Ask Me Anything, which resulted in this wonderfully wholesome, uplifting quote from Arnold Schwarzenegger. One of the most famous Redditors, instrumental in the January 2021 disruption to the stock GameStop, is known as, “Space-peanut.”

First described as a “microblogging service,” Twitter debuted in March 2007. Tweets were originally limited to 140 characters, which was doubled to 280 on Nov 8 2017. Twitter also has one of the oldest audiences with 63% of users between 35 and 65 years old. At 353m monthly active users, the platform sits below Reddit and above LinkedIn in popularity.

Famous Twitter Posters: While an individual post on Twitter is called a “tweet,” those making tweets aren’t referred to as “tweeters.” Former US President Barack Obama is the most popular with 127.9m followers. Justin Bieber is next, followed by Katy Perry, Rihanna, Cristiano Ronaldo. Former US President Donald Trump hit a peak follower count of nearly 89m on Nov 17, 2020, before seeing a decline in followers, and being permanently suspended on January 8, 2021. 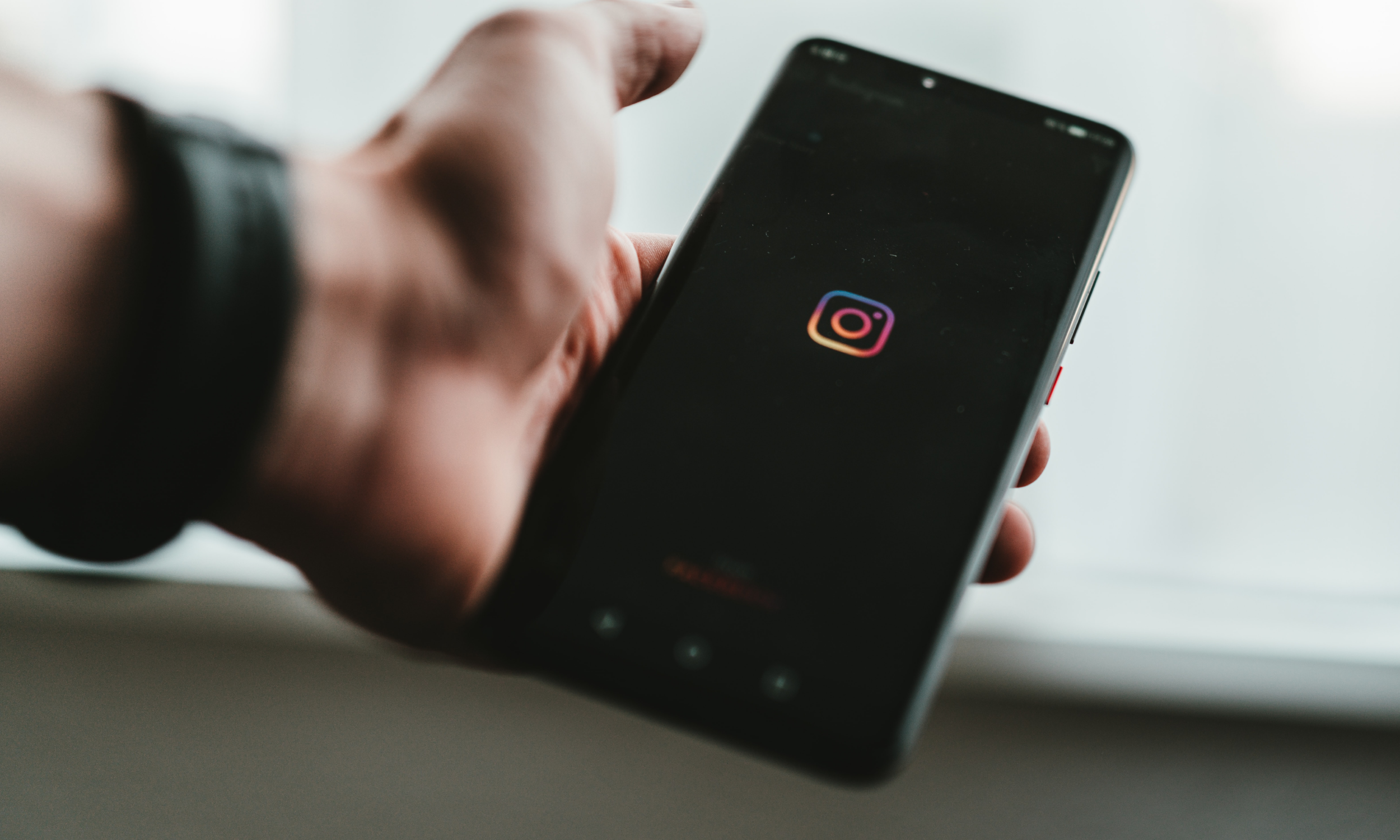 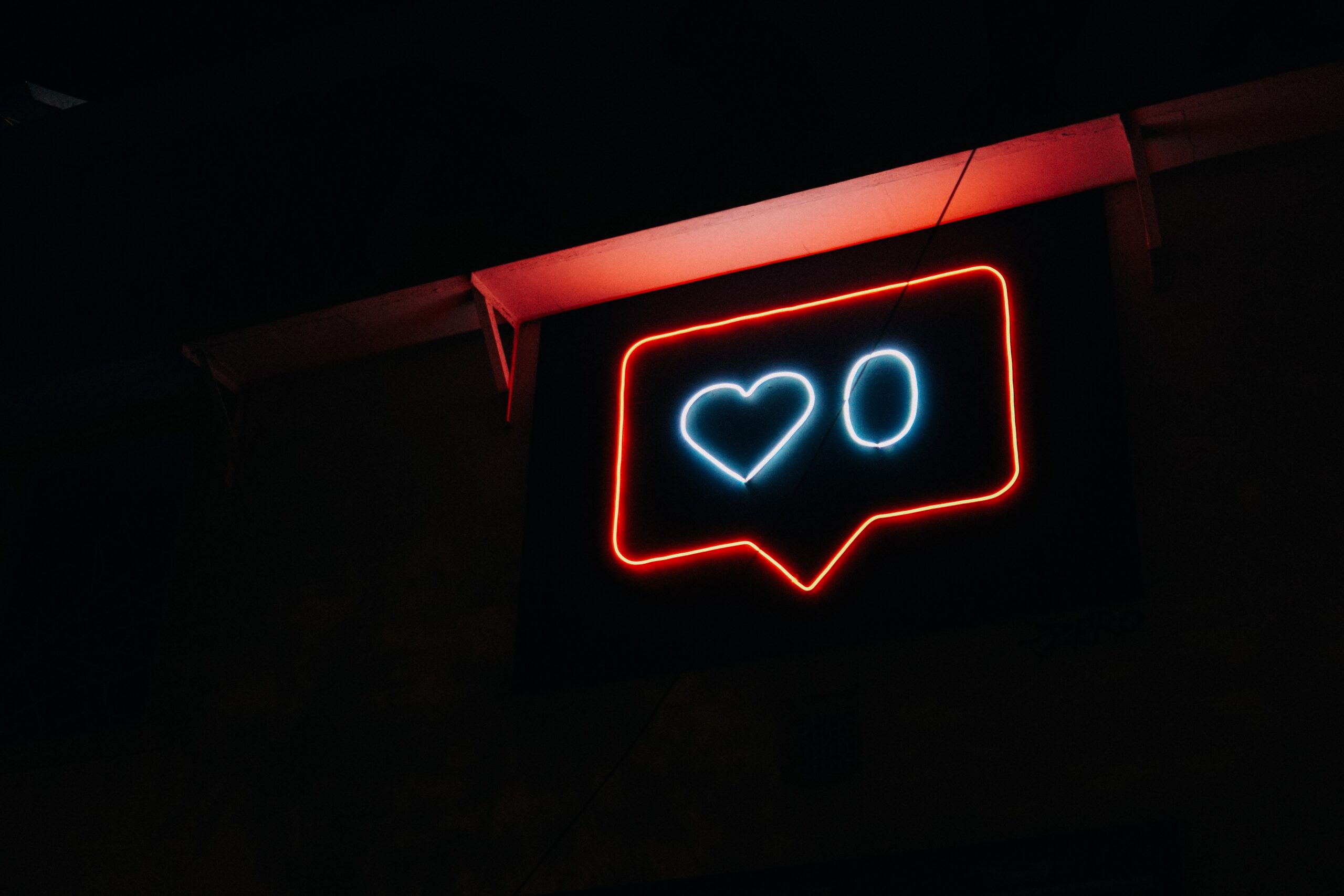 81% of people use Instagram to help research products and services, and 2 in 3 people say the network helps foster interactions with brands. Like Facebook, the largest user segment is 25 to 34 years old, at 33.1 percent of U.S. Instagram users. The second-largest user group is 18- to 24-year-olds.

Doing it “for the ‘gram” has become such a ubiquitous concept, it’s mentioned in the chorus of the Iggy Azalea’s latest song, “Dance Like Nobody’s Watching.”

TikTok was originally released in the Chinese market in September 2016 and became available worldwide after merging with another Chinese social media service, Musical.ly, on August 2, 2018. As the world’s most downloaded app in 2020, TikTok is available in over 150 countries and has over 1 billion users. TikTok users are younger, with 60% being Gen Zers. About one third, 32.5%, of US-based TikTokers are 10-19 years old. The next largest segment is aged 20-29 – 29.5%, followed by 30-39 at 16.4%. Looking for tips on how to succeed on TikTok as a creator? Check our our previous article here.

TikTok was strategic at recruiting and compensating content creators, knowing that they’re key to the success of any platform. “TikTok has recently created a $1 Billion Creator Fund. This money will be paid by TikTok directly to its creators in an effort to further solidify its relationships with influencers.” 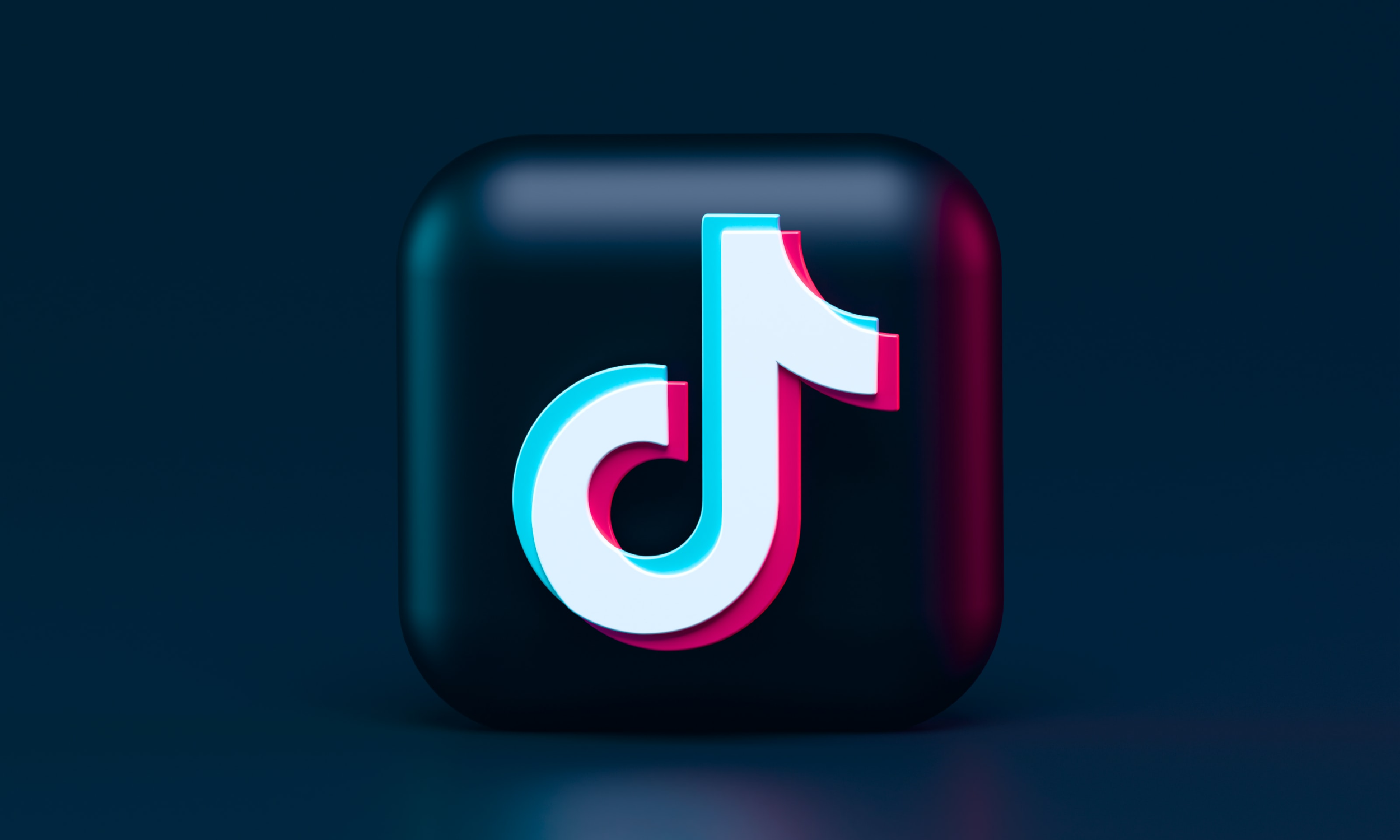 Famous TikTokers: The two most followed TikTok accounts are dancers, 16-year-old Charli D’Amelio with 100.2m followers, followed by Addison Rae. In third is magician Zach King. The actual platform itself comes in fifth with 43.6m followers.

I confess, I went straight to a subject-matter-expert here: my 12-year-old son who loves video games. He said Twitch is the best platform for vid-gamers to stream their play. You can subscribe to your favorite streamers and even win in-game prizes for watching in games such as Rocket League (a name I kept forgetting and calling it, “Car Soccer.”) However, the tech doesn’t enforce that you actively watch. Running in the background is adequate.

Twitch is operated by Twitch Interactive, a subsidiary of Amazon.com, Inc. There are both free and paid versions as well. With over 9 million active broadcasters, it’s not exclusively gaming, but all of the top 5 are gamers.

Clubhouse is an exclusive, audio-based social media app that’s by invitation-only. Users share audio clips instead of text posts. In May 2020, the company was valued at around $100 million. In a recent article, Mashable described it as, “something akin to a live, free-flowing podcast. You can simply listen or choose to throw in your thoughts. Imagine a cocktail party or, clubhouse.” 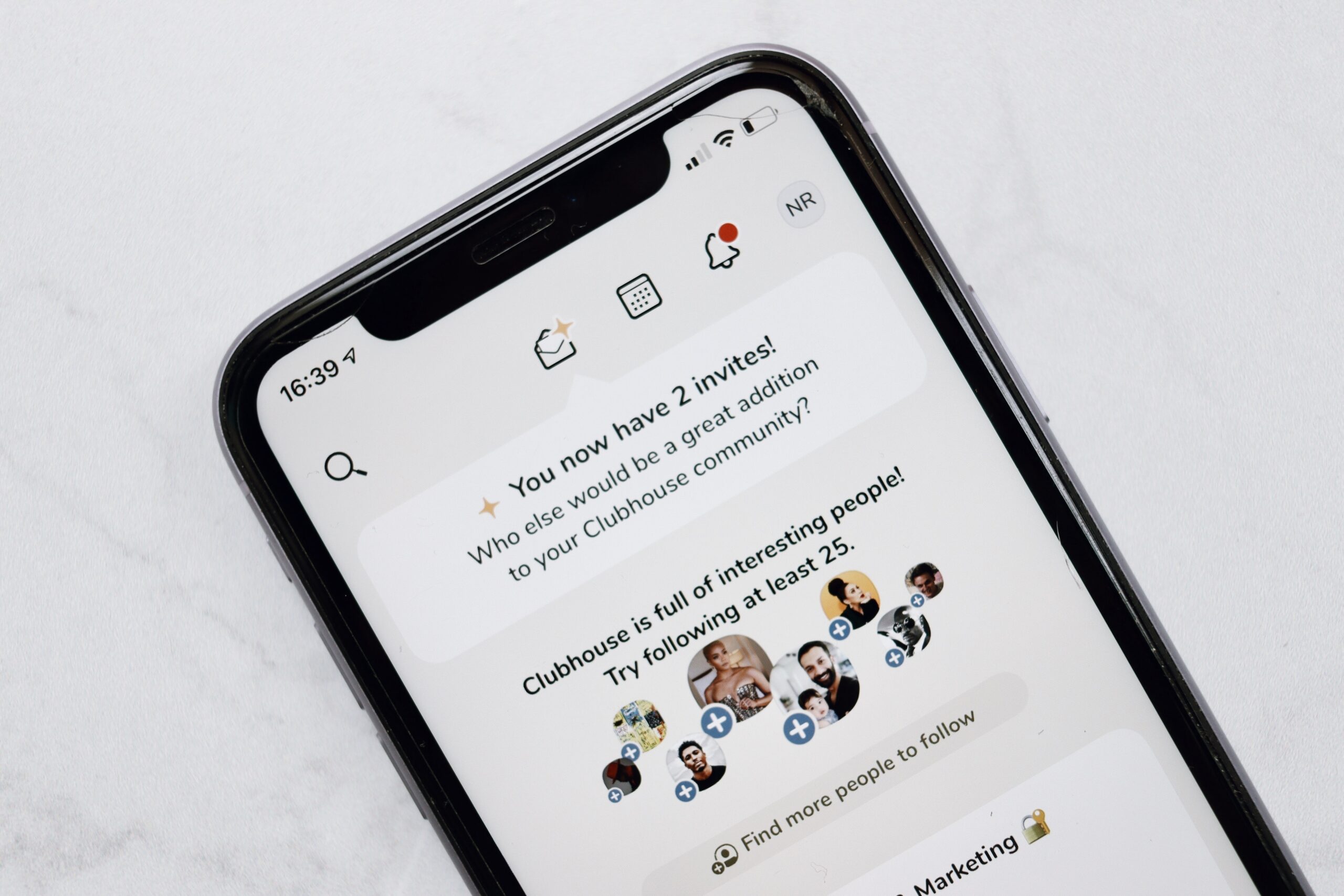 There’s a rule that conversations can’t be recorded, and they’re not saved. Although I have my doubts that we’ll never hear some scandal revealed from the app.

Triller is a video-making and social networking service that allows users to automatically edit and synchronize their videos to background tracks using AI.

People sometimes claim Facebook is dead and deleting it has been trendy. There’s even an entire website dedicated to encouraging deletion, addressing how it fosters toxicity and polarization as well as exploits our biases. Social media breaks, such as in January, are also popular for instance.

With the emergence of new players, there are concerns established platforms will be abandoned. For example, MySpace was an early xpioneer and it made me genuinely surprised to see that it’s still live, however I don’t think anyone would argue that it’s relevant. And Vine has languished. Is TikTok to blame? It probably didn’t help. Join us for part 2, where we address competition between platforms and more.

Click here to find out more about our social media services.