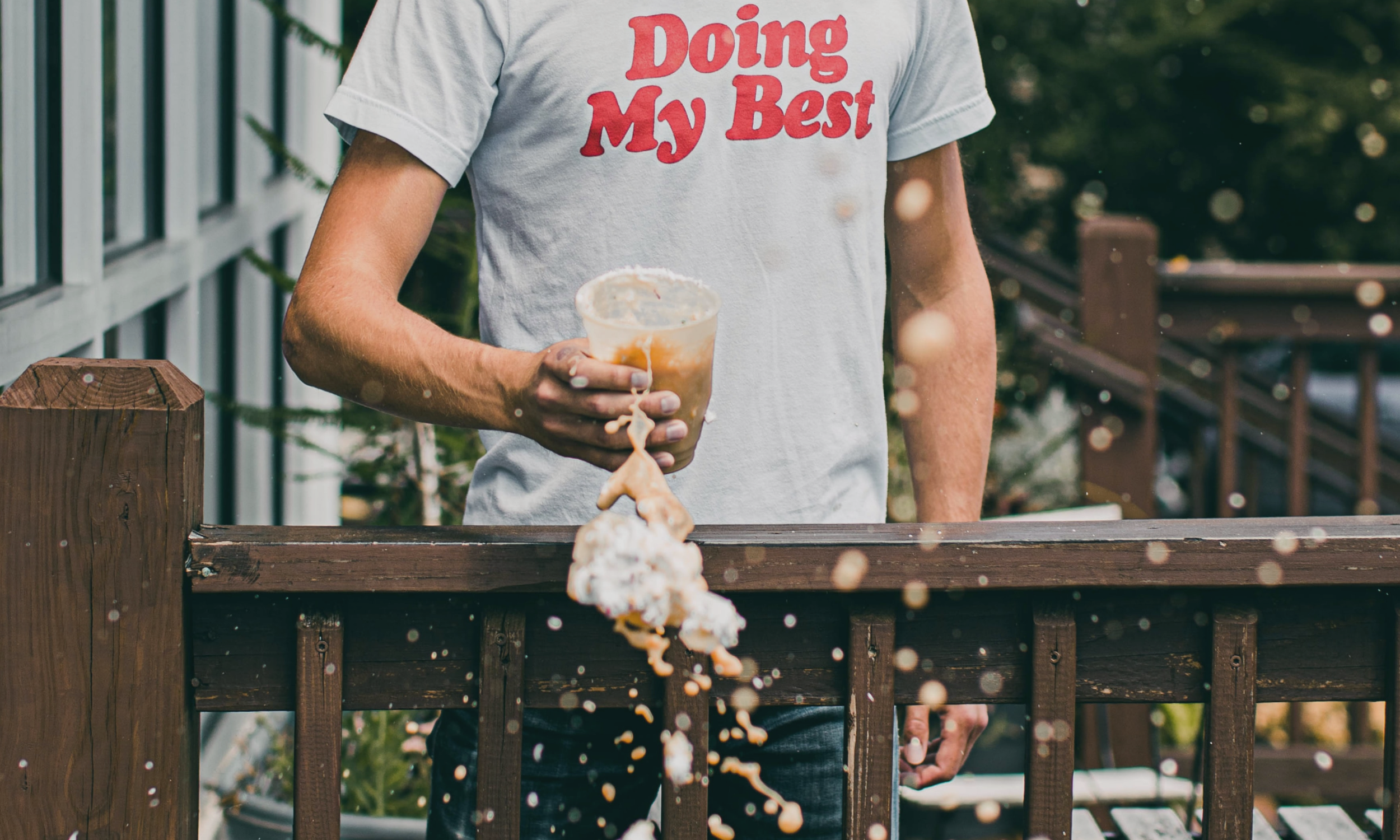 The ability to select specific influencers provides exceptional targeting capabilities. Influencer choice must align with your brand’s message and values, as well as your campaign objectives. When you conduct due diligence, also be on the lookout for influencers who might have the potential to offend your audience, or who are prone to impulsive or deliberately shocking actions.

Authenticity is always a good best practice, and by working with credible influencers who use and genuinely like your products, you can avoid backlash due to compromised trust. Many questioned the fit and authenticity of the 2005 Carl’s Jr ad featuring the very thin Paris Hilton eating a huge hamburger for example. Makes sense! Often common sense already goes a long way as well. There must be a clear link between your brand and the person in order to keep your IM campaigns real. People connect with people, not logos. So the more the audience can relate to the person, the higher the engagement factor.

Snack brand BiFi worked with Donna Adrienne in what was considered one of the most embarrassing influencer campaigns of the year 2018. One Instagram post featured the Heidelberg medical student naked in a bathtub, covered in bubbles, smiling while eating a mini salami. A Horizont article satirically stated, “Because it is so obvious and convenient to tear open a sausage pack during a relaxing bath and eat an oily salami.” While this is an example of influencer marketing gone wrong, it was not a paid promotion. BiFi sent Donna Adrienne free samples in response to her inquiry, but the promotion wasn’t discussed with BiFi and therefore didn’t align with their marketing strategy. Nevertheless as the audience and critics did not know this BiFi and Donna Adrienne were criticized for not indicating that the content was advertising and thus in violation of the guidelines surrounding influencer marketing. The lesson is to be very careful and apply the rules correctly at any time. When in doubt, rather take the road of caution and indicate that a post is part of a collaboration – independent of the exchange behind it.

Additionally, with long-term collaborations, you establish an enduring relationship of trust between your brand and selected influencers. This creates real value by giving a credible face to your brand, such as Mujinga Kambundji, the fastest woman in Switzerland and Nike. By associating liked people to the brand, people feel closer to the brand and connect more to it, ultimately building positive brand preference.

As your relationship with the influencers grows stronger and they come to know the brand in detail, the risk of mistakes gets lower. Be aware however that at the same time these influencers become such a part of your brand that missteps can cause little shockwaves. It is thus important to continuously keep managing the relationship with your brand ambassadors and assure that they are aware of what is happening with the brand as well as the role they play in your success and how to play that role to their best abilities.

The closer you work with them the more positive the outcomes of your collaboration will be over time. Get the most out of these relationships by investing the time and effort, because it’s worth it.

In addition to the fit between a brand and an influencer, problems can arise when a single influencer promotes multiple brands with contradictory values.

For example, a health-conscious influencer might be a good fit for a campaign against alcohol, but make sure their feed doesn’t have a previous promotion of beer. A sustainability app such as Greenpeace might want to avoid influencers who’ve previously collaborated with non-sustainable brands.

An Experiment to Determine if Influencers Will Do Anything for Money

Recently, Marvin Wildhage, a German Youtuber, created a fake skincare product, Hydrohype, complete with a fake PR firm and attempted to convince influencers to promote it. The face cream was actually made out of personal lubricant and listed with fake ingredients, like uranium, asbestos, and “pipikaka seed oil.”

Spoiler alert – he succeeded, and a few well-known German influencers promoted Hydrohype in their Instagram stories. Martin told the story in a series of videos, with more to come.

It’s easy to dismiss these influencers as gullible and greedy, but we shouldn’t be too quick to condemn them for accepting payment in exchange for promoting a product. One solution is for influencers to work with an agency, that can protect them from this type of scam since professional influencer marketing agencies conduct extensive research prior to doing business with any brand. Rest assured the vast majority of influencers are highly trustworthy professionals adhering to clear ethical standards and taking their job very seriously. But for the few ‘rotten apples’ in the basket you can rest assure that industry professionals will shield you from those. Top agencies know exactly who is who in the influencer ecosystem and have a tested working relationships with influencers they engage with.

Like service agreements with any vendor, contracts with influencers must be written carefully. Of course, contracts must include details like payment terms and content rights. To help avoid disaster, also include clauses within the statement of work, such as:

An ounce of prevention is worth a pound of cure, but still include crisis management procedures in your contracts in case the sickness should strike.

Kingfluencers consistently advises letting influencers do what they do best. Don’t use influencers strictly as a vehicle for connecting to your audience, but instead leverage their subject matter expertise and collaborate to develop creative campaign ideas. Give them a precise briefing and direction (including a creative concept for consistency and guidance), but as much freedom as you can at the same time.

That being said, once they bring fresh, creative ideas to the table, approve those posts prior to going live. While we encourage brands to resist the urge to simply tell influencers how to do their job, we do encourage you to supervise and grant final approval before messages are communicated out to your audience, at least for influencers you do not have a long standing relationship with yet.

Invest the time to monitor if you want to spot errors. Influencers must include many things in each post such as hashtags, swipe up links, tags, and tracking links. It’s a lot of work to check it all. Careful campaign management is another way in which an agency can be particularly helpful, such as providing quality control for posts and approval of content before it goes live.

Expect the best, but plan for the worst. While no brand begins an IM campaign expecting a crisis, it’s important to make plans and be prepared. Working with people always means mistakes can be made. No one is perfect, don’t forget that. Crisis management plans should include:

Outline steps influencers must take if any content generates negative backlash, such as for example apologizing and engaging in activities necessary to remedy the damage, such as making additional posts.

Even if the mistake was entirely on the influencer side, know that as a brand you always should pick up responsibility. That also means that trashing the influencer will not help in times of a crisis and might actually make you look bad. Keeping a positive and constructive posture always works best. Never go low as it could affect the way your brand is perceived.

Based in Switzerland, the Conscious Influence Hub (CIH) is a non-profit NGO that encourages conscious behavior in influencer marketing. Working together, Kingfluencers and the new CIH recently launched a new Code of Conduct for influencers which supports them in acting with respect, empathy and transparency.

Some of the guidance which can help both brands and influencers avoid problems includes, “Stay factual and check your sources. Credibility is your greatest asset. Be honest and transparent. Respect the rules of the analogue world online.”

Mistakes are Opportunities to Learn

It’s important to remember that mistakes are also opportunities to learn and grow as an influencer and a brand. It can help you challenge yourself and your business, and make improvements. It is harmful to not learn from one’s own mistakes and those of others and simply carry on as nothing happened. Instead, one should draw lessons, define actions, and share the results. This is how one remains credible and human.

Work with Experts to Navigate and Remediate Safely

An agency like Kingfluencers has the expertise to help you navigate influencer marketing, work to avoid problems, and react quickly and effectively to mitigate damage in the event of an issue.

Having experts to rely on is always helpful, but particularly in a stressful crisis situation.

Zeki, one of the largest influencers in Switzerland, made fun of an attack on LGBTQ TikTokers which occurred earlier this year at a train station. Due to Kingfluencer’s reaction, he realized his mockery was wrong, and responded by apologizing and creating content for the CIH to raise awareness. This showcases how professionals can help guide the industry to its maximum potential and assure that social influence remains a source of information and information and a force for good and positive outcomes for brands and consumers alike.