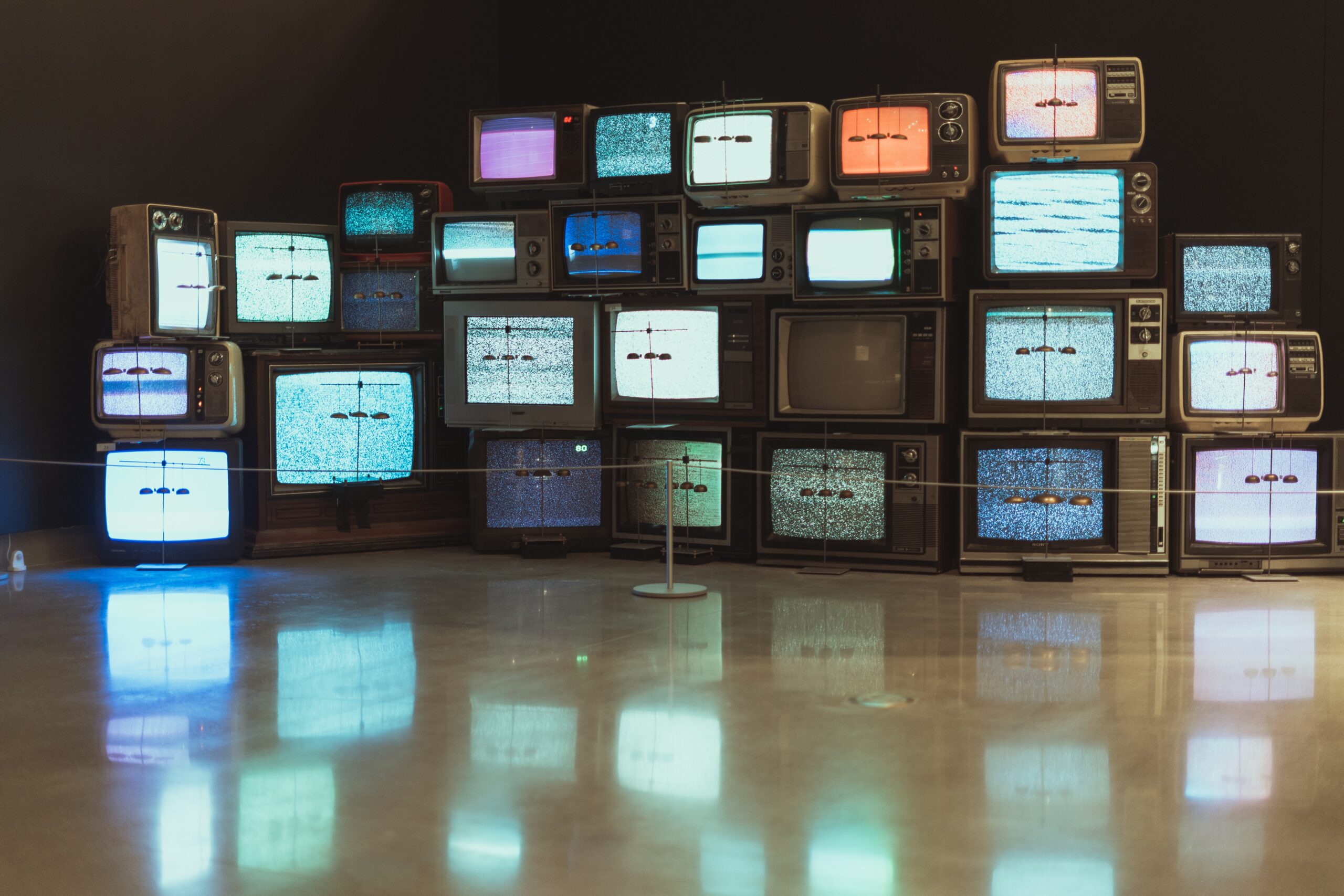 Electronic television was first successfully demonstrated in San Francisco on 7 Sept, 1927. In Switzerland, television transmissions first commenced in 1939. In 1963, TV surpassed newspapers as an information source for the first time.

Considering the medium could now be deemed “ancient,” is it still relevant? What role –if any– does it play for modern brands?

Just What is TV?

Maybe that sounds like a strange question, but with the broad landscape of digital media, we do need to provide some clarity. While it’s clear that video ads on platforms such as TikTok and Facebook are social media ads, there’s much overlap. For example, many people watch shows on their wall-mounted television set via YouTube. Is that “TV”?

Without live TV, are we actually watching “TV”?

We’ll start with some definitions, taking insights from StackAdapt, a self-serve programmatic advertising platform. “Linear TV is essentially live television…It’s called ‘linear’ TV because of how the content is consumed. Viewers can only watch programming at its scheduled time, and via a specific channel.” Linear TV includes broadcast (free) as well as cable.

Regarding advertising, “Connected TV (CTV) includes any ad that plays before or after the streaming of content on connected TV devices, whereas linear TV ads are delivered during the commercial breaks of traditional TV programming.”

“Over-the-Top (OTT) is the term that describes the delivery of TV content through the internet and over the standard, closed TV system.

CTV is a subset of OTT. OTT is the method for delivering video content, and CTV is the device on which a viewer sees that content.

For our purposes in helping brands generate meaningful connections, Kingfluencers will refer to all of the above as “TV.”

The Historical Growth of TV Advertising

TV has had numerous, varied impacts on history. Kingfluencers writer Megan recently watched, “The Food that Built America,” which aired on the History Channel. (Yes, she’s a cord-cutter. The History “Channel” is available via streaming on Hulu.) The Swanson company had 260 tons of frozen turkey left over after Thanksgiving and dreamed up the “TV dinner,” a frozen-meal on a tray. In 1954, the first full year of production, Swanson sold ten million trays.

In this case, TV influenced not only the explosive growth of the product through advertising but the very creation of the product itself. The fictional series Mad Men is dedicated entirely to the lives of executives at ad agencies creating such campaigns.

From 1980 to 1990, the number of cable networks grew from 28 to 79, fragmenting the TV landscape. The early 2010s has been described as the golden age of cable. In October 2010, over 105 million U.S. TV households were pay-TV subscribers, a penetration of over 90% of TV homes. By 2013, the average TV household had over 189 channels. Considering they watched only 17 of those 189, the frustration over bundles is easy to understand. Consumers in all industries want to avoid being forced to pay for things they don’t want. In Switzerland the rise of cable TV implied many different programs, considering that Switzerland speaks 4 different languages, whereas regular broadcasting began in German and French, but also Italian and even a few Rhaeto-Romantic channels were introduced. Apart from a few local attempts though, the SRG long held a monopoly-like position as a provider of Swiss television channels. For a long time, self-produced entertainment was almost exclusively limited to show and quiz programs, while fictional offerings came mainly from (neighboring) countries or the US.

Unsurprisingly, streaming has had a significant effect on cable TV, in the same way cable TV had on broadcast TV decades ago. Streaming is now leading to a decline in cable subscriptions. Cable companies have long fought to keep the profitable “fat cable bundle” business model intact, but in 2015, began paring down bloated bundles to stem the tide of cord-cutters.

A 2017 TechHive article outlines multiple events that “portend disaster for the bloated TV bundle,” as cable subscriptions decline and an intertwined set of forces are ripping apart the TV bundle. Meanwhile, streaming services are taking extensive action to win – and retain- consumers’ attention. In 2018, for the first time, streaming platforms such as Hulu and Amazon Prime delivered more original series programming than broadcast and cable networks.

The Growing Popularity of TV in Switzerland

TV viewership among Swiss people aged 15-29 has increased 57.7% since 2020. According to IGEM, 6.3 million Swiss people (94% of the total population) watch TV, and 65% of the Swiss population watches television every day (excl. streaming services). On average, Swiss people aged 15-29 watch 108 minutes of TV daily. This number is even higher for older age groups. Classic television has more than twice as many viewers as Netflix (2.8 million / 42%). Compared to YouTube (4.6 million, 68%), TV has 1.7 million more viewers.

Globally, the number of TV viewers has continued to steadily increase and is set to reach approximately 5.68 billion people by 2026. This year’s Tour de France attracted the biggest TV audiences for European Broadcasting Union (EBU) Members overall in terms of hours viewed since 2015.

Recognizing these opportunities, media organizations are making a variety of increased investments. Sky Studios is targeting a “significant increase” in drama and comedy investment and will be producing 200 originals this year alone. The pay-TV giant recently hired Academy Award-nominated producer Tobias Rosen in the newly-created role of Vice President in Germany.

TV is a Powerful Medium for Connection

The role of TV in the lives of people far exceeds mere entertainment. TV keeps us informed worldwide, beginning decades back with events such as the first moon landing and the fall of the Berlin Wall.

TV builds connections across borders, as well as within towns and living rooms. Watching our favorite local sports team, we can celebrate (or mourn, as the case may be) alongside our neighbors. We can watch expectantly to see who The Bachelor gives a rose or who doesn’t dance well enough behind Lizzo and gets kicked out of the house.

People can enjoy these events together, whether we’re sitting on the same sofa or not. When combined with the power of social media, we can discuss programming in real-time, on a global scale. A quick glance at platforms from TikTok to Reddit reveals numerous TV-related posts — sometimes rebelling against the show creators with hilarious outcomes.

In part 2, we’ll explore how TV and influencers make a powerful combo for brands and take a look at what could be next on the horizon.