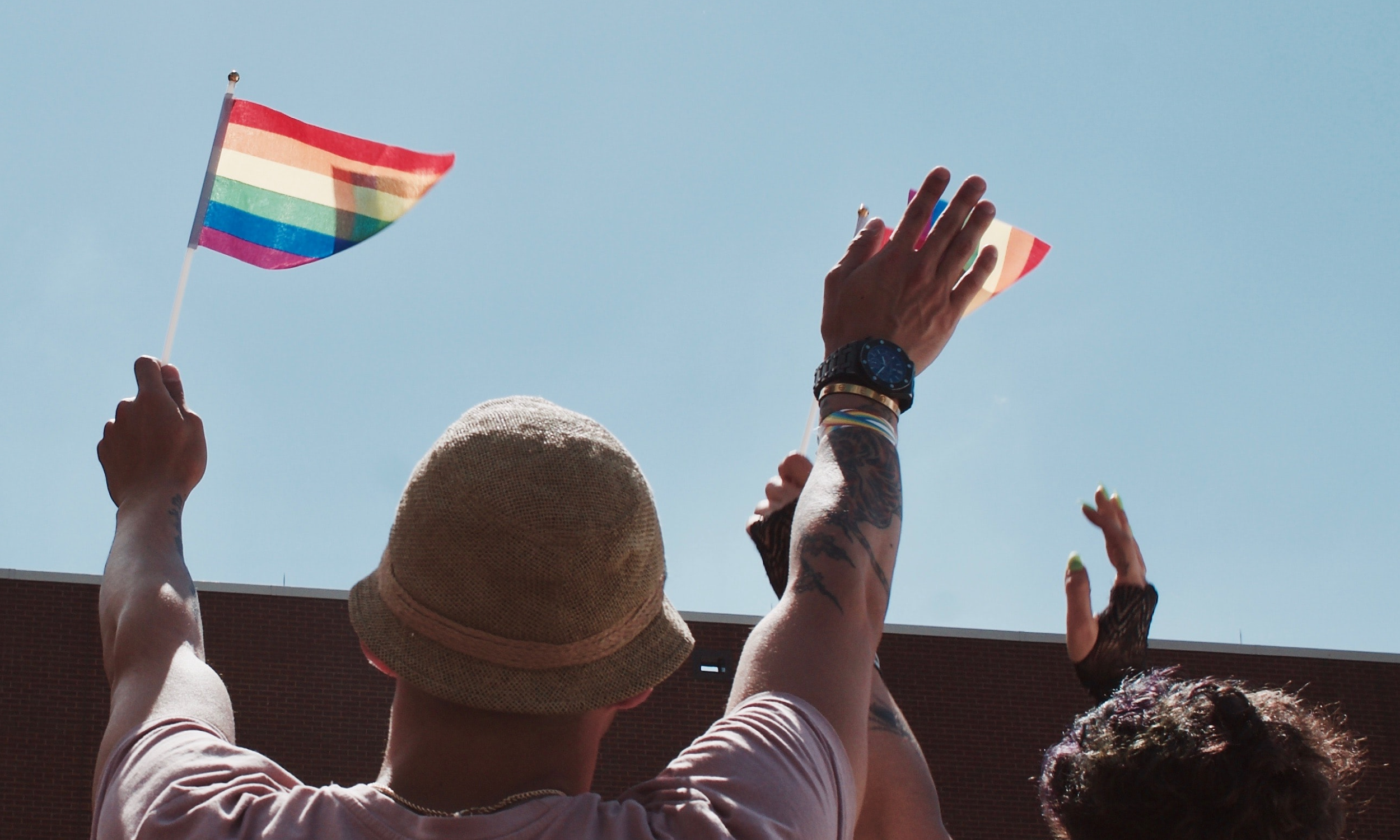 “Pinkwashing” was one of the biggest buzz words of this year’s Pride month. Many global brands have been scrutinized by online comedians and memes due to their logos becoming ‘rainbow-fied’ temporarily for the month of June. Pride month originated in 1969 to commemorate the Stonewall riots in the United States and to celebrate, increase awareness, and promote equality for the LGBTQ+ community. Now, it’s seemingly become a month for brands to posture. Every June, we see websites and social media becoming rainbow-fied across many business sectors along with seasonal sales and rainbow-themed clothing, accessories, etc. Many consumers feel that companies are just taking advantage of this historic month to promote their own reputations.

In this article, Kingfluencers will examine the term “pinkwashing,” as well as highlights and missteps of this year’s Pride month, and do’s and don’ts for brands for Pride.

Where Does Switzerland Stand on LGBTQ+ Equality?

The Swiss parliament passed a bill recognizing same-sex marriage in December 2020, several years later than most other western European states. Unfortunately, opponents of the law gathered the necessary signatures to call for a referendum. The federal chancellery will set a date for the vote, which would not be held before September. In a November 2020 poll by the LGBT umbrella organization Pink Cross, 82% of respondents expressed approval of same-sex marriage in strong or mild terms, which bodes well for the upcoming vote.

Switzerland is LGBTQ+-friendly in large cities and hubs of creative artists, similar to many nations. Travel guide Frommer’s states, “On the whole, Switzerland is tolerant and gay-friendly, especially in more urban and diverse areas. Zurich, Geneva, and Basel are the centers of gay life in Switzerland, although ski resorts such as Zermatt, Lenzerheide, and Arosa are also popular destinations (mostly in winter), even hosting gay ski weeks.” However, many rural areas of Switzerland remain conservative and less than friendly. This past May, 100 rainbow flags were torn down and destroyed in Buchs. A total of 61 cases of anti-LGBTQ hate crimes were reported throughout 2020.

What Exactly is Pinkwashing?

We’ve seen frequent cases of the term pinkwashing being used incorrectly. Wikipedia cites a New York Times article from 2011 in defining pinkwashing as, “the action of using gay-related issues in positive ways in order to distract attention from negative actions by an organization, country or government.” 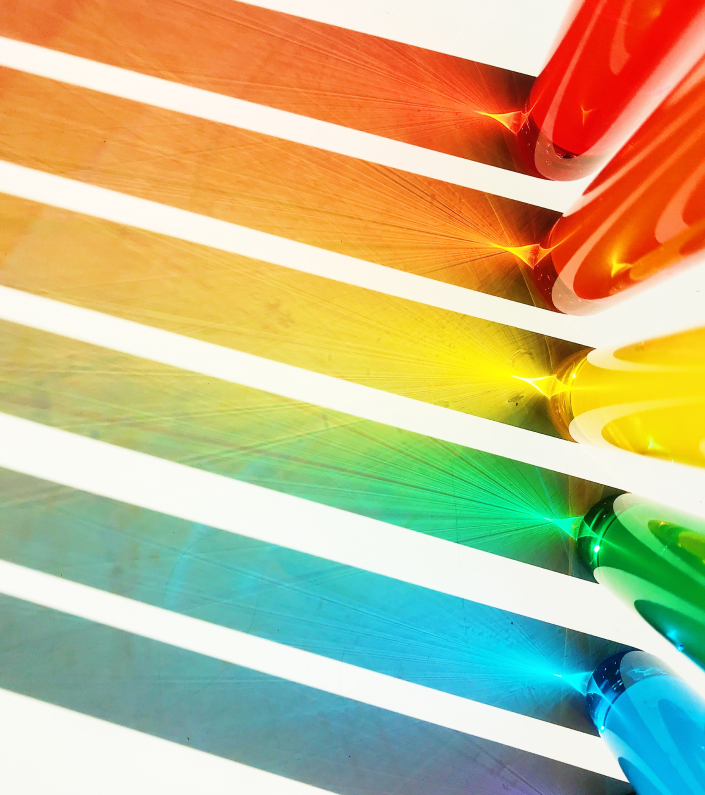 What we’re referring to in this article is more accurately described as “rainbow capitalism,” or similarly “pink capitalism,” “homocapitalism,” or “gay capitalism.” Fem Magazine states, “Pinkwashing now commonly refers to the appropriation of the LGBTQIA+ movement to promote a particular corporate or political agenda. In other words, entities market themselves as “gay-friendly” to gain favor with progressives, while masking aspects that are violent and undemocratic…. Pinkwashing undermines efforts towards genuine justice, using divide-and-conquer tactics to individualize oppressions.”

“Karen Tongson, author and professor of gender and sexuality studies at the University of Southern California, defines Rainbow Capitalism as the ‘commodification of things related to LGBT culture, especially the concept of gay pride’.”

Scandals and Missteps of This Year’s Pride Month

Euro 2020 organizer UEFA banned advertising using the LGBT rainbow colors at the quarter-final matches in Russia and Azerbaijan, citing local laws. Additionally, due to the organization’s need to stay politically neutral, UEFA prohibited players and stadiums from showing support. After facing a backlash, UEFA’s new position became: “Every partner can decide on their respective messages, artwork and activation activities and their decisions to transmit a message of tolerance and inclusion is fully supported by UEFA.” There had never been a ban on rainbow flags in the fan zone.

The Drum states, “UEFA has faced accusations of supporting Pride messaging when it is set to make a profit, rather than taking a clear position from the outset of the tournament to back diversity and inclusivity in line with its own Equal Game campaign.”

Retailer Target offers an extensive Pride collection which received compliments, criticism, and a bit of incredulity. In a “Rainbow Rant,” Joy Ellison reviewed the Target Pride collection and stated, “I wonder if some queer Target designer carefully created a few products but then slowly started to wonder what exactly they could get away with.” The author wrote about the “mostly tacky” line that includes some “baffling products,” and described one t-shirt as, “Virtue signaling as a fashion statement.”

Joy Ellison continues to point out the numerous social and environmental costs to the “fast fashion” Target sells, including the fact that fewer than 2% of fashion sector workers earn a living wage.

Campaign Asia-Pacific recently asked agency executives for advice on how brands can authentically celebrate the movement and avoid pinkwashing. The excellent assortment of tips included:

In a campaign that’s an excellent example of both influencer marketing and honoring Pride month, Reebok is launching its Reebok Collective program and handed creative control to its influencers. The sports brand gave activist Lazarus Lynch free reign on creating a short film, a move The Drum describes as, “challenging the status quo of traditional influencer-brand relationships.” Reebok will also donate $75K to the Sylvia Rivera Law Project in honor of transgender, gender nonconforming, and intersex youth.

USA Today compiled a list of, “55 brands that are giving back for Pride Month 2021,” which included watch brand Fossil’s limited-edition Pride collection. 100% of the proceeds go to benefit The Trevor Project, an organization that provides crisis intervention and suicide prevention services to LGBTQ+ youth.

The Allianz Group has admirable, and extensive diversity initiatives, such as the Global Diversity Council, which ensures that initiatives to promote equality are implemented. “These range from the development of women’s talent pools, LGBTIQ + networks and the integration of people with disabilities to the creation of careers for people over 50.” Allianz Group recognizes the positive effect of employees from different backgrounds, and mentions not only gender and sexual orientation, but also age, origin, education, and physical or mental handicap.

A recent article in Persönlich also highlighted Boston Consulting as a role model. The business placed a full-page advertisement in the NZZ together with other companies, and illuminated their office in Pride colors at night during Pride week.

And Now the Don’ts

Examples of hypocritical, alleged support of LGBTQ+ rights abound. In 2020, American video game publisher Bethesda Softworks was called out for changing their regional Twitter account logos to rainbow versions… with the exceptions of Bethesda Middle East, Russia, and Turkey. This year, the brand changed the primary corporate account, but none of the regional accounts such as @Bethesda_IT and @Bethesda_DE, presumably expecting to avoid backlash. The same selective regionalization has been noted among numerous companies.

Brands with questionable global business practices, such as weapons manufacturer Raytheon and investment management firm BlackRock, seem to just invite additional criticism with their pinkwashing efforts. As Jawaharal Nehru  wrote on Twitter, “American LGBTQ people should have the right to oppress LGBTQ people in other countries just like everyone else!!”

The Conscious Influence Hub (CIH) shows solidarity with the queer community and aims to set an example and promote respect, tolerance, and empathy on social media with the campaign on the idahobit-day. The CIH podcast, “Conscious Talk,” recently recorded their first episode on the topic of discrimination and hostility towards the LGBTQ + community, with a discussion between Zeki Bulgurcu and Anna Rosenwasser.

The global infusion of rainbows that occurs in June can be affirming for queer and trans people. But executed poorly, Pride-themed marketing can make queer and trans people feel as though they’re being exploited, having a negative impact for brands. Like all messaging and campaigns, a well-structured approach is necessary. An agency like Kingfluencers can help, so reach out now if you’d like to discuss your approach.