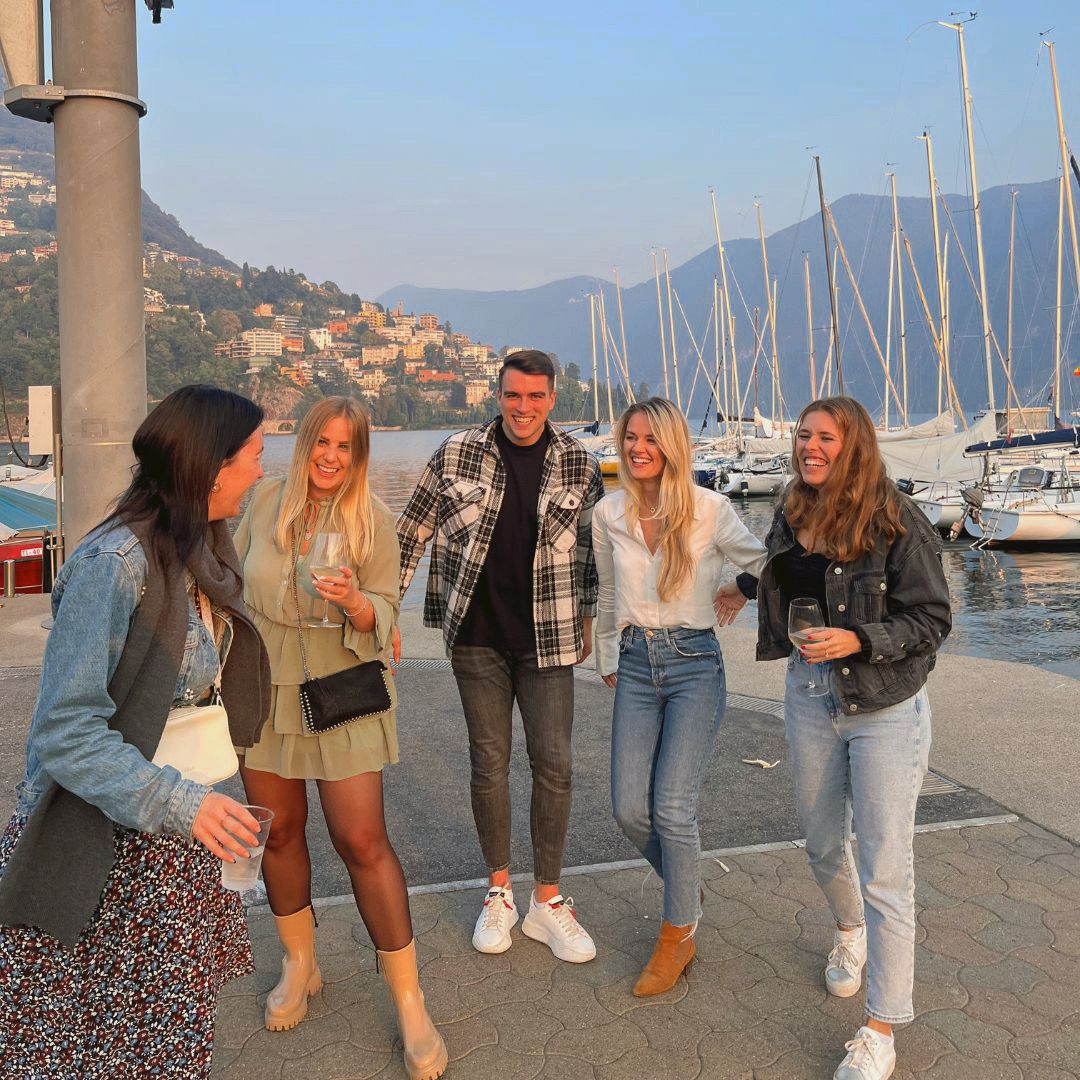 The Swiss Digital Influence Agency Kingfluencers points the spotlight at the most important influencers from the Italian-speaking part of Switzerland. To ensure that the creative Ticinesi are not forgotten in other parts of the country, the agency organized a big welcome event for creators from the beautiful Svizzera italiana last week at Lago di Lugano.

Switzerland is more than just Zurich, Bern, or Roger Federer. The Swiss Confederation consists of four beautiful parts of the country. It represents many other languages in addition to the four official ones, which should always be taken into account in national campaigns. The great diversity of little Switzerland is also reflected in the Kingfluencers database; the full-service agency not only employs people from more than ten different countries, but also has influencers from all parts of the country and beyond. In concrete terms, Kingfluencers’ creator database includes over 3,000 creators of various sizes and from a wide range of sectors.

In order to draw attention to this diversity, the Digital Influence Agency organized a “Get-together” on October 6, 2022, for around 30 new and familiar Ticino creators. One main aim of the event at the Porto Bello! restaurant in Lugano was to get to know Ticino’s creative influencers and inspiring sides. “The personal exchange with the creators was significant to us,” says the Co-CEO of Kingfluencers, Anja Lapčević. Every artist’s personality is equally valuable, no matter which part of Switzerland the creators come from.

Together with influencers from Italian-speaking Switzerland, such as Yari Copt, Ely Giglio, or Alessandro, the Kingfluencers team wanted to draw attention to the fact that no part of Switzerland should be left out when it comes to campaigns and the entire creator economy. Unfortunately, creators from the “Swiss Sonnenstube” are often forgotten. “The fact that a Swiss agency also takes care of creators from southern Switzerland is not at all self-evident,” says Ticino landscape photographer Daniele Nevano. For the Ticino travel duo, Luke & Martina, such an event in the Southern canton of Switzerland, organized by a Zurich agency, also means a lot: “For us in Ticino, it has always been a bit of a struggle to be considered and respected by the rest of Switzerland,” said Martina and Luke. The Kingfluencers event now shows that the Digital Influence Agency sees a potential market and business perspective in Ticino and trusts the work of the Italian-speaking creators.

As part of its six corporate values, Kingfluencers not only wants to draw more attention to creators from the beautiful Svizzera italiana, but also advocates for even more diversity in general. “Diversity is inspiring for everyone,” says Co-CEO Anja Lapčević. Every person is unique and special in their own way and that is what Kingfluencers loves. To inspire is one of the six company values, along with being curious, future-oriented, cooperative, conscious, and multicultural.

The annual internal Kingfluencers team-building event took place one day after the creator event in Ticino. In addition to various workshops, creator Noam Yaron from Western Switzerland was supported in his “Water Lover Challenge“. The whole agency team participated in the extraordinary challenge. “We at Kingfluencers not only try to preach our values but above all try to live them,” says Yoeri Callebaut, Co-CEO about the Kingfluencers’ corporate value of awareness. In collaboration with Biotherm and the Objectif Environment association, the nationwide collection of cigarette ends will take place until October 15, 2022. Kingfluencers has already started the clean-up campaign in Lugano. The result: the largest political municipality in the canton of Ticino is now 1000 cigarette butts cleaner!