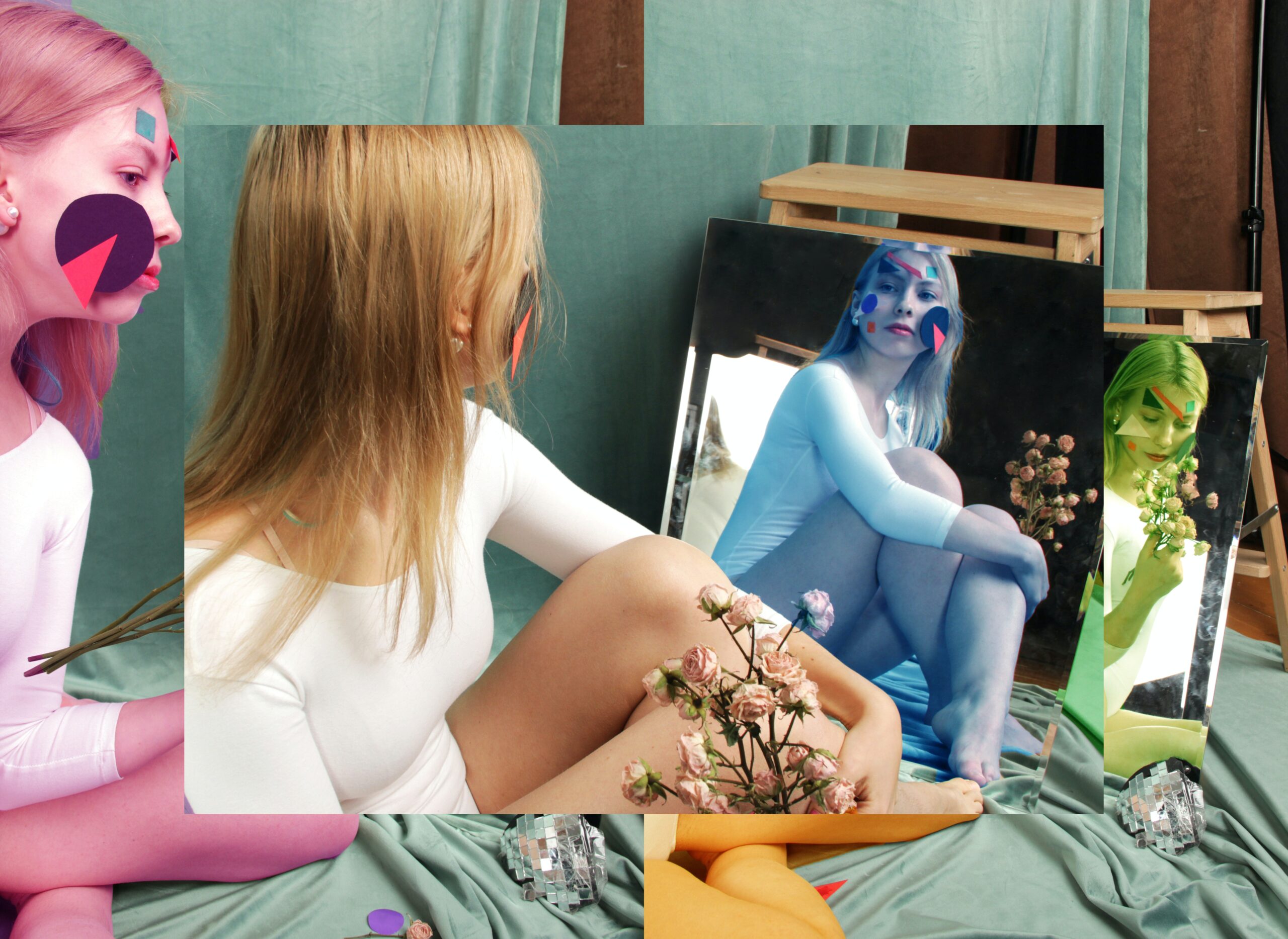 “Ogilvy UK will no longer work with influencers who distort or retouch their bodies or faces for brand campaigns in a bid to combat social media’s ‘systemic’ mental health harms.”

While this rule is undeniably well-intentioned, it still permits influencers to alter their appearance through numerous other mechanisms such as contouring makeup, push-up bras, false eyelashes, and hair extensions. Therefore, I wonder how effective it will be in making substantive progressive towards the goal of reducing unrealistic beauty ideals.

Most agree social media promotes unrealistic, toxic beauty ideals which negatively impact people’s mental health. What can be done about this complex issue? Who should do it?

Well, we have some ideas.

“As a Gen Xer, the beauty ideals of my childhood in the ‘80s came from MTV (look it up, kids) and magazines. I have clear memories of the thin legs of the women in ZZ Top’s “Legs” video. My own legs have never been so thin, but I’ve learned to love them and appreciate their ability to cycle up steep hills in the woods,” says Megan Bozman, Content Creator at Kingluencers.

Body dysmorphia and depression certainly aren’t new developments that arose solely from social media. However, a myriad of research reveals social media use increases the prevalence of such maladies and worsens the conditions.

The BBC states, “using social media does appear to be correlated with body image concerns.” The impact is especially pernicious with adolescent girls. Social psychologist Jonathan Haidt wrote, “The subset of studies that allow researchers to isolate social media, and Instagram in particular, show a much stronger relationship with poor mental health. The same goes for those that zoom in on girls rather than all teens. Girls who use social media heavily are about two or three times more likely to say that they are depressed than girls who use it lightly or not at all.”

People are increasingly seeking medical interventions to permanently alter their faces, inspired by touched-up or filtered photos of themselves. A 2020 survey of American Academy of Facial Plastic and Reconstructive Surgery (AAFPRS) members reveals, “a surge in surgical demand not seen in recent years,” followed in 2021 by, “catapulting demand for facial plastic surgery and aesthetic procedures.”

Do beauty brands benefit from these toxic beauty ideals? It’s certainly possible that women who have a negative self-image might spend more money on beauty products. Are brands therefore incentivized to run campaigns that damage self-image?

Of course, top line revenue shouldn’t be marketers’ only objective, and we hope most brands wouldn’t want to deliberately make people feel bad. But the issue is worth addressing since for-profit companies must prioritize shareholder value.

The good news is that ethical behavior doesn’t harm revenue (at least in this case!) “Some studies show that women with lower self-esteem use more makeup, probably to hide imperfections. However, women with higher self-esteem can also use makeup to attract attention.”

In the long run, no one wins from toxic beauty ideals.

Where Does the Responsibility Lie?

If, as a society, we want beauty ideals to shift towards natural depictions and an inclusive appreciation for the diversity of human appearance, how do we get there?

Much like with the battle against misinformation, tackling this challenge requires multiple entities taking more responsibility. Each group should play a role and serve to compensate for the shortcomings of the others.

“As an Influencer, this topic weighs on my shoulders, as one of our responsibilities is to be inspirational and set examples to our community. And if you heavily edit your photos, you’re contributing to the problem. At the same time, I have the pressure to present the perfect version myself and look a certain way. If I don’t deliver that, my engagement wouldn’t be as strong or my account wouldn’t grow as much. I would welcome a mandatory declaration, in the caption for example, stating that the photo has been edited. But to ban all photo editing I think would make too much of an impact, and not necessarily a positive one.”

Conservative MP Dr. Luke Evans introduced a bill in the UK Parliament calling for advisory labels on images where influencers have digitally altered their bodies. Dr. Evans said people were “caught up in the arms race for the perfect selfie,” which was impacting mental health. He hopes “we can foster a society that aims for body positivity without physiques that are literally impossible without digital manipulation.”

A well-intentioned goal, to be sure.

But there’s a common phrase about where a path “paved with good intentions” leads. I’m not sure I agree with Dr. Evans assertion that his Digitally Altered Body Images bill is not an example of the ‘nanny state’ in action. Enforcement will be complex and multiple questions arise, such as if editing for artistic purposes would be permitted.

Brands should be trendsetters, taking the lead and setting a positive example. Revisiting the example at the beginning of the article, “Ogilvy UK will no longer work with influencers who distort or retouch their bodies or faces.” Dove only works with influencers that do not distort their appearance on social media, and has created campaigns that celebrate no digital distortion.

Dove has also launched a “#DetoxYourFeed” campaign, which includes a downloadable “Confidence Kit” and “Parents’ Guide” with academically-validated resources and tools.

Anja Lapčević, Co-CEO & Chief Influence Officer, Kingfluencers, said, “This topic should also be addressed by agencies. The issue of ‘false’ beauty ideals is not a new phenomenon, nor is it unique to social media. It is a social problem that has been with us for years. On the one hand, social media intensifies this problem, but at the same time it can also be a solution. Despite all the retouching, you can find unedited, exciting faces, and unfiltered stories on topics such as beauty mania, mental health, and sexuality.

“Banning something usually doesn’t solve the problem. Put more emphasis on transparency. Divulging edits and discussing the issue are the only ways we can develop awareness and move forward together as a society.”

One of Kingfluencers clients said, “I personally welcome these developments. I believe that the prevailing situation, with selfies that are heavily edited, puts many people under pressure to meet unrealistic ideals and can be detrimental to mental health.”

Another Kingfluencers’ client said, “As the Eau Thermale Avène brand, we want to encourage everyone to feel good about their skin. Our slogan, ‘Healthy skin is confidence,’ illustrates this. For over 30 years, our skin care products have been developed by scientists and dermatologists dedicated to the life of skin, especially sensitive skin. Soothed, protected and repaired, people with sensitive skin can trust our dermatological expertise to help them regain self-confidence. Our manifesto includes the fact that imperfections are what make us unique. That’s the beauty of life.”

A Code of Conduct to Guide Responsible Influence

Based in Switzerland, the Conscious Influence Hub (CIH) is a non-profit NGO with a mission of “promoting the core values of respect, empathy, and transparency in the social media influence sphere.”

Working together, Kingfluencers and CIH launched a Code of Conduct that includes best-practice guidelines and examples. Preventing the dissemination of unrealistic beauty ideals aligns with CIH’s guidance to influencers, which includes being transparent with your community.

France has required retouched advertising images to be marked as such since 2017. A new law in Norway will also require social media influencers to declare if they’ve modified their photos on paid posts. Swiss influencer Nives Arrigoni supports the law, ” In general, I’m for more reality on Instagram.”

Switzerland does not have such a law, although in 2019, the Swiss Compliance Commission (SLK) introduced the following in the regulations for fair and honest advertising, “It is unfair to use computer-processed images of bodies and body shapes in a deceptive manner in commercial communications in order to claim an effect or result that cannot be achieved.” The SLK has not yet received any complaints about it.

1. Work with influencers who vary in appearance.

It’s well known that women may use filters and digital editing to make alterations such as plumper lips, thicker hair, larger breasts, and smoother, wrinkle-free skin. Of course, plenty of women naturally have such attributes. It doesn’t help to ban digitally altered images if you then work only with influencers who naturally have the exact appearance everyone’s striving to recreate digitally.

Give the smaller-breasted lady a chance. Partner with the influencer with wrinkles. Let the short-legged woman model your dresses. Everyone likes to see themselves represented as people are so individual and special in their own way and come in all shapes and sizes.

2. Be transparent about your policies.

Make it clear that you either ban or at least discourage significant “face-tuning.” Clarify your position on using models and influencers who vary in appearance.

Makeup, lighting, and posture can all have significant impacts on people’s appearance. Show some “before and after” to give people a behind-the-scenes glimpse. Such transparency adds further authenticity to your social media presence.

Encourage your community to take steps to improve and maintain their wellbeing, such as spending time in nature, exercising, and socializing in person. Back up words with actions. For example, make monetary contributions to charities such as Girls on The Run, or give staff a paid day off to volunteer building parks. Be part of the solution.

Consumers aren’t eager to patronize brands that obviously strive to get their money via any means necessary, including deliberately making them feel bad. Fortunately, brands can clearly stand in opposition to this approach, and influencer marketing is a powerful tool for building such positive connections.

At Kingfluencers, we believe effectively matching brands and influencers drives value. Brands benefit from partnering with influencers who focus on positivity and realness, and who build a sense of community among their followers. Done well, influencer marketing can contribute to consumers feeling as though a brand adds value to their lives and understands them. Ultimately, cultivating positivity can drive brand love, resulting in long term revenue growth.

Take the high road. Not only does it feel good, it benefits the bottom line.

Next Steps for Brands?

If you need influencers to represent your brand while authentically demonstrating uplifting beauty standards, contact Kingfluencers. We can help you select influencers and design campaigns so you can be part of the solution, while simultaneously achieving your business goals such as increased reach.