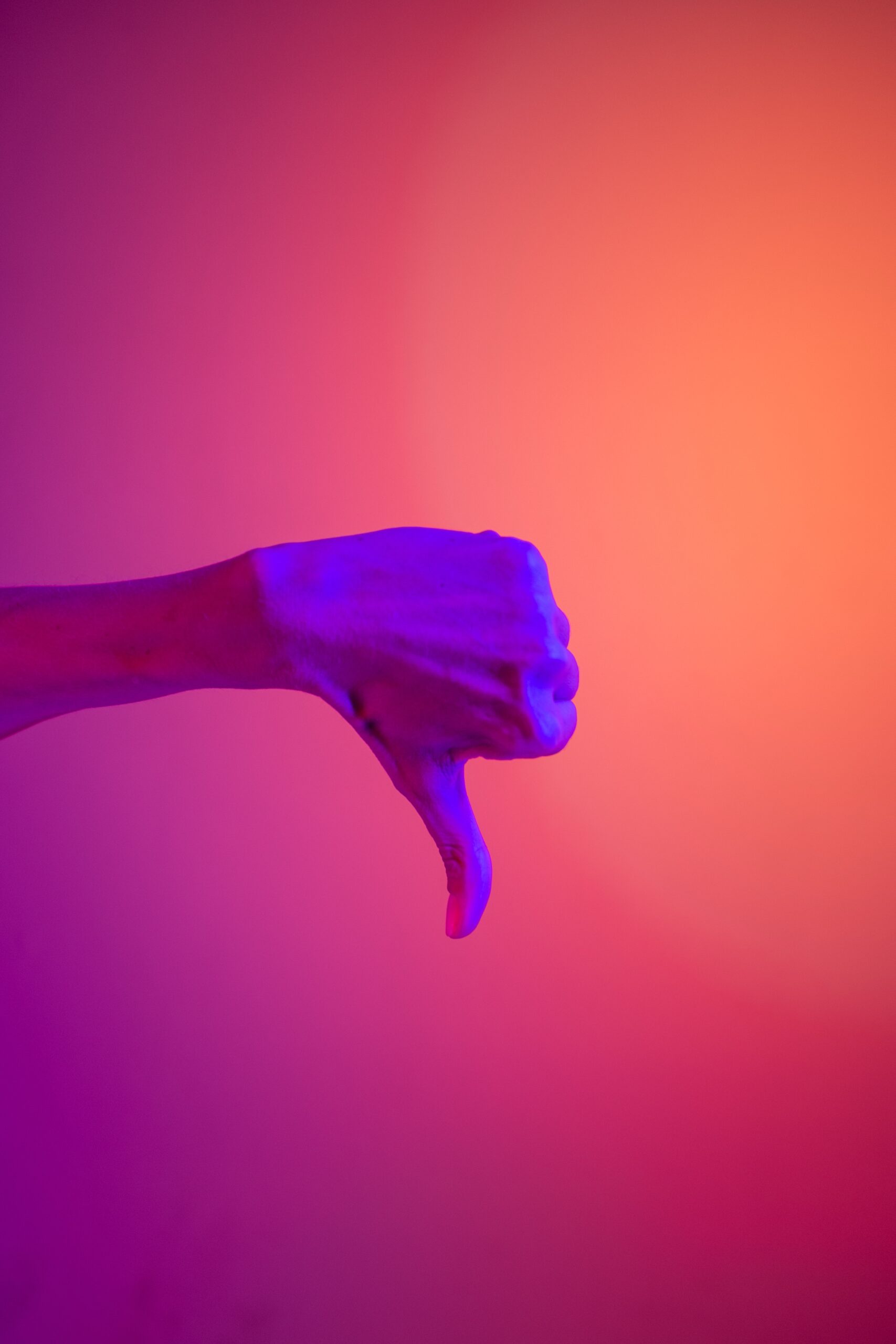 Fake Followers and How to Deal With Them

Especially with followers, more is not always better! With the phenomenon of social media and the increasing attractiveness of becoming an influencer, the number of “fake followers” is also increasing. For many people, the desire for more and more followers and a great reputation is huge. An even more tempting offer to help with the number of followers through money and follower purchases.

The problem: You run the risk of losing your credibility on social media. Then it’s as simple as that: You get nothing out of it. In this article, we would like to create a general understanding of why fake followers are bad, how to recognize them, how to remove them, and, above all, how to avoid them – because, unfortunately, no one is safe from them. Moreover, we’d like to clearly make the recommendation to never buy any fake followers.

What are fake followers anyway?

Fake followers are artificially created profiles that can look like normal profiles, but which do not represent a real person. Fake followers are not necessarily but often so-called “bots” that show no real reactions and therefore do not interact with any content. This virtually non-existent interaction can significantly reduce a person’s market value.

When appearances are deceptive

The first impression of a profile on social media may not always be what it claims to be. A high number of followers does not necessarily mean that you are a successful influencer. Fake followers deceive appearances and give a false picture of how “real” someone actually appears on social media or within their community. Basically, these influencers adorn themselves with numbers and profiles that don’t actually exist. Anyone can buy followers, but that doesn’t mean that you’ll automatically be successful on social media or in influencer marketing. Especially with the further development and the current situation in the creator’s business, the number of followers is no longer the decisive KPI for success, but above all the engagement and reach, along with credibility, connection to the community, and authenticity.

“Buying followers can be a booster, especially for the beginning, in order to push oneself or one’s own brand further” – a claim often made. However, one should always keep in mind that these fake profiles will hardly ever like or comment on posts and therefore there is no real engagement. It won’t take long for the community and potential brand partners to get behind the fake followers. This is a bad start for diving into the world of being an influencer. And the price you pay is high. Instagram, for example, recognizes more and more profiles with a high number of fake followers and automatically deletes them as soon as fake activities are detected. Not only do you risk having your account deleted, but you also risk becoming a victim of spamming and phishing attacks.

You should also be aware that you will be missing out on important and valuable feedback from an honest community. How are you supposed to know if what you share is well received, pleases your followers, and delivers added value if a large number of fake profiles are behind your account?

How do I recognize fake followers?

Luckily, it’s not too difficult to spot fake followers right away. Here are some things you can look out for:

If you notice a sudden increase in your number of followers, you may have become a “victim” of a fake following attack. This means that someone else has bought followers for you. Yes, that’s right – even random other accounts can buy followers and thus influence or even ruin you or your business. According to our Google research, we found that fake followers can already be bought at very low prices. Currently, 1,000 followers cost around 13 dollars. So unfortunately, this is not a big obstacle for people who want to harm an account.

Swiss content creator Margaux Seydoux was the victim of just such a fake following attack. She tells us: “One morning, I woke up and suddenly saw 5,000 new followers on my Instagram profile with the description ‘new’. From then on, I immediately realized that these must be fake followers. Someone was buying me followers to harm my account.” Margaux then reached out to us and set her account to private for quite a while. She also explains: “I waited a few days and even changed my username so that no new followers could be added. I had to manually delete one fake profile after another. That took forever.”

Like Margaux, we set our account to private to avoid getting even more fake followers, because we knew it wouldn’t be easy to get rid of them. After internal consultation and intensive research, our solution quickly became clear: from now on, fake followers have to be deleted manually every now and then, time permitting. So we created a guideline internally on how to recognize fake followers and based on this, they were then manually identified, blocked, unblocked, and removed.

As of today, we are almost back to the follower base of that time – thanks to the internal help of the Kingfluencers team.

Being faced with the problem of fake followers all over again, we contacted Meta and asked for a statement from their side. Daniel Kramer from Meta explains:

“We get the question about fake followers every day. Unfortunately, these cannot be prevented from the outset and experience shows that this comes with increasing success. In the meantime, however, there are well-functioning systems that can recognize these profiles. The fake profiles are then deactivated within a few days. It is also possible to deactivate individual countries if one notices that many followers seem to come from certain countries. Besides manual deletion, there is, unfortunately, no automated process yet”, says Daniel.

So how do I get rid of fake followers?

The question remains: What can I do if I have become a victim of such a fake following attack? The safest and probably most time-consuming method is to manually check your account. You can remove all followers who have a spam-like username or who have no interactions. Fake accounts must first be blocked and then unblocked and finally deleted. It is important to remember that your own Instagram account should not have hundreds of blocked followers – hence the renewed “unblocking” after blocking the fake profiles. But beware: this process will take you a lot of time. Especially if the number of fake followers is in the hundreds or even thousands range.

Another hybrid method would be to use a tool or app that can easily filter out your fake followers. The problem is that these apps are not 100% secure with regard to privacy reasons. The advantage of this method, however, is that the apps can create a list that you can then manually go through yourself, making it easier to identify and delete your fake followers.

Here we have compiled a list of good and not-so-good tools:

Combin is free for a registered account and lists the followers classified as fake followers by name.

Nindo shows you graphically how many fake followers your account has, but does not list the fake accounts. Nindo is also subject to a fee and you need a minimum number of followers to be able to use the tool.

Doesn’t have any filters for fake followers, but is merely a platform for generating reach through bots.

An app with bad reviews. In our opinion, not to be recommended.

Does not show fake followers, but only followers who do not follow an account back. Also an app with bad reviews and, in our opinion, not recommended.

As already mentioned, fake followers are bots. They usually follow an account by using the most popular hashtags to search for an account. We, therefore, recommend: Avoid using these hashtags. The following link shows you the most popular hashtags that bots could use. Among them are hashtags like #popular #instagram #trending #follow #like #instagood #explorepage #likeforlikes #followforfollowback #instadaily #famous #photooftheday #followme.

Unfortunately, you can’t completely avoid fake followers. With increasing success, the probability of being confronted with the problem of “fake following” is simply higher.

Therefore: Present yourself as you really are. Stand by your followers. If an attack of fake following should happen to you, don’t hide it, deal with it transparently and share it with your customers and your community.

Build your community naturally. Regular, qualitative, and authentic content will help with this. Don’t ignore your community. Get feedback, respond to requests and criticisms, and interact with your followers. This will not only increase your engagement rate, but also the likelihood that even more people will see your posts.

If you need help building a community, increasing your reach with organic content, or you’re just not sure whether you’ve become a “victim” of a fake following purchase, feel free to contact us. We can help you with community management, social media content, all things TikTok, Instagram, and Co., or general questions about digital influence.